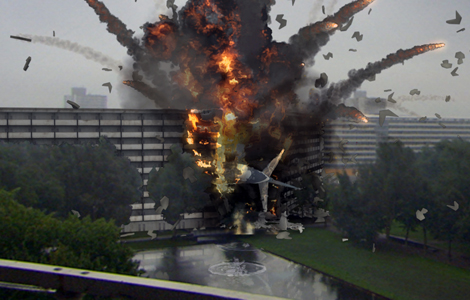 That is the statement that New York Police Department Commissioner Ray Kelly told 60 Minutes tonight. With the inability to trust his own government Kelly needed a way to play God and be able to control everything people do in his jurisdiction.

“We couldn’t rely on the federal government alone.”

While we understand the wish to protect your area, this may have gone to far. Here is an snip of the interview from the video below.

Scott Pelley: Are you satisfied that you’ve dealt with threats from aircraft, even light planes, model planes, that kind of thing?

Kelly: Well, it’s something that’s on our radar screen. I mean in an extreme situation, you would have some means to take down a plane.

Pelley: Do you mean to say that the NYPD has the means to take down an aircraft?

Kelly: Yes, I prefer not to get into the details but obviously this would be in a very extreme situation.

Pelley: You have the equipment and the training.

I’m all for protecting against terrorism, but something like this may have gone overboard. During 9/11 everything was going crazy which may have lead to the additional planes crashing as no one knew what was going on. But having a single person having this power is unjustified. You may be OK with him having this, but now think, if he is able to do this, what makes you think someone else who isn’t for “good” wont create the same.

This news is also right off the heels of it being found out that “hackers” could Telnet into a Boeing 747 engine while in flight.

If the Australasian authorities could  get into the system to “fix” an issue, what makes you think someone who wants to do harm can’t do the same? This isn’t a good day for planes…