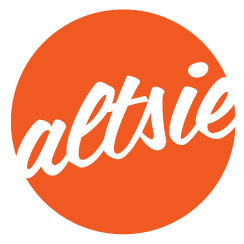 Nibletz takes pride in being the startup voie for “Everywhere Else” as such we love bringing you stories about startups from everywhere under the sun, especially startups that are doing something uniquely different and uniquely fun. Altsie is one of those startups.

Altsie hails from the Twin Cities. It’s about socially mixing indie films, but not online, offline. How’s that for a change. Of course you use a website to find out where to go but after that it’s a fully immersive experience with you, the movie, the venue and the attendees.

Lucas Rayala and co-founder Joe Dolson launched Altsie in the twin cities with plans to refine the experience and then roll it out at other areas across the country, but what is it exactly?

Here’s how it works. You go to the Altsie website which will tell you what the current movie is for that month. Rayala curates the movies himself through relationships with indie film producers. They then partner with a venue which agrees to host the film. It could be a sports bar that’s trying something different for a night or a coffee shop or anywhere in between.

More after the break
The movie go-er checks out the film online, and purchases a ticket online. Then they attend the movie among new similarly like minded friends at a venue that also supports the indie movie circuit. Voila an instant offline social mix that was once only achieved by meshing like interests on Facebook or MySpace.

As they grow the business there will be only one movie per month, it makes the decision process easy and keeps fresh content at each venue. So, as they build if you’re in Washington DC or Philadelphia, you’re not missing anything by not seeing the movie in Minneapolis. However, next month, you automatically know you’re going to see another great movie.

We got to spend some time talking with Rayala here is our interview:

Who are the founders and how did you come up with the idea?

I’m the main “founder.”  Joe Dolson is also a founder–he’s a website developer and friend from college–you can see his page at www.joedolson.com
As for the idea, I was reading a McSweeney’s article a couple of years ago that outlined some basic issues with the independent film world (too many films to get in the theater and a distribution model that didn’t allow you to take chances).  I’d been thinking about these problems and, in general, the fact that movie theaters seemed so anachronistic to me, and I had that mythical “ah ha” moment.  I spent a few days drafting out a proposal for the project, getting all the details into it that I wanted.  Then I put it out for quote to a number of developer companies and picked one that I could work with.  The original design was all wrong, but I think this version is much closer..

Are you teaming up with indie film makers for specific debuts in Altsie venues? More specifically how is an Altsie film selected.

We show one movie a month across all our locations–which is, right now, two businesses.  We do a lot or research to find our films, combing the internet, talking to filmmakers, distribution companies; anyone we can call up.  We show movies we think are well made, interesting and unique.  Right now, we’re trying different genres of film to test out markets.

As you expand out of Minnesota will the same films be playing at each venue across the country or will the films revolve “touring” each location?

Same film across all locations–we want a clean, simple message.

Will the locations change?

The locations we’re talking to are interested in doing this as often as they can.  We can’t really say, as we just got started.  We’re looking into some fun, one-off venues in the near future.

Do you have a background in film?

I worked in a microcinema (small theater) called The Trylon for a few months to learn a few things about procurement and generally what you need to know about showing films.  I’m a film lover and avid watcher, and I’ve worked at a couple of movie stores, back when there were movie stores.

Is the website functioning as a “show and tell” and what’s playing site? Can you buy tickets on the site?

Are you bootstrapping it or funded?

What’s the next step for Altsie?

We just started showing movies a few weeks ago–we have a few ideas we’re going to try out this month.  Depending on how things go, we might expand out to other cities, or we might tweak things a bit in the Twin Cities.

If you’re in the twin cities and ready for some great indie films check out Altsie here. Also, if you’re in other parts of the country make sure you stay up to date on their website and let Lucas know where you’d like to see Altsie showing movies next