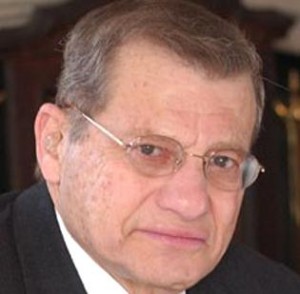 Kanas City entrepreneur Barnett Helzberg Jr has gone from the diamond industry where he used his keen eye to spot beautiful diamonds and jewelry, to a new startup spotting phony invoices. This time around he doesn’t need to use his fine eye though.

PhonyInvoices is a startup designed for businesses to stop getting scammed out of paying phony invoices. Small businesses and large businesses alike know to well the invoice scam. Fake phone book companies, service companies and even law firms have been known to target businesses with fake invoices. The perpetrators are hoping that the person in accounts receivable doesn’t spot the fake invoice and sends a check the company’s way.

Helzberg formed the startup in February after decades of spotting fake invoices at his family owned and operated jewelry chain, Helzberg Diamonds.

“It obviously makes me a little angry — as hard as it was to make a profit — with businesses being defrauded every day,” Helzberg told the Kansas City Business Journal. “It only took me about 46 years to realize someone needed to be out there fighting this.”

PhonyInvoices tests a company’s internal controls and runs invoices against a database of known invoice scams. PhonyInvoices has already caught several questionable invoices that some of their member companies paid before joining the service.

Phony invoices was a real problem in the past. Most companies had very little recourse with phony invoices as the culprits would pull out of town just as fast as they sent out and collected the first batch of phony invoices, leaving no trace of their fake business.

The most a victim company could do was report the company to the Better Business Bureau, Federal Trade Commission or Attorney General. However since the culprit companies were fake in the first place, they would go by an entirely different name the next time around.

According to PhonyInvoices website the United States Postal Service reports that every year businesses pay out millions, and potentially billions of dollars to phony invoice schemes.

This isn’t just a problem for small businesses in fact large businesses may actually be easier targets because their accounts receivable departments are paying out so much money on a daily basis.

Magazine publisher Conde Nast was  hit with an $8 million dollar email scam last year.  The magazine giant had received an email from a company called Quad Graph which is very similar to their printer Quad/Graphics. The simple email had an electronic funds transfer form attached, directing Conde Nast to send payments to a new account in Quad Graph’s name. Someone at Conde Nast signed off on the form and in November of 2011 they made a $7,870,530.02 wire transfer to that account. The next month Conde Nast wired an additional $47,137.91.

The account turned out to be held by a man named Andy Ray Surface in Alvin Texas. Most of the money was returned after a federal warrant froze the funds. Surface moved some of the money to a personal account and could have gotten away with much more.

In 2010 Best Buy was bilked for $900,000 by a man in Glenmills PA. That man had been paid monthly on invoices for the shipment of electronics equipment that was never sent.

So as you can see whether you’re a company big or small you may benefit from the company that Helzberg has put together.

Before selling Helzberg Diamonds in 1995 the family owned business was one of the most reputable retail businesses in the US.