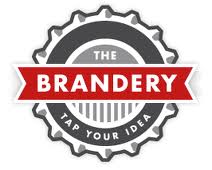 Louisville startup Implucity is headed to a 14 week accelerator program in Cincinnati called The Brandery. Along with a 14 week incubation period, office space and mentorship Implucity will receive $20,000 in seed capital.

Implucity is a mobile app that allows users to discover events, purchase tickets, invite friends to events and send photos. Co-founder Hunter Hammonds told the Business Journal that there were plenty of times that he wanted to go out but didn’t know what to do, Implucity solves that problem.

“We’re not trying to be a social network at all,” Hammonds said. “It’s not about who I am. It’s about what I’ve been doing.”

There are several apps in the exact same space, during their time at The Brandery they are going to really need to work on refining their secret sauce.

According to Hammonds and co-founder Austin Cameron, they’ve raised under $250,000 so far, and hope to raise over $2 million after their session at The Brandery.  Right now their secret sauce relies on the fact that Implucity isn’t a social network, it’s focused on the singular user to find events to do and then share.

“I think that’s something we can hit because the user experience is awesome,” Hammonds said. “It’s just a cool product for you to use. It’s not a social network so we don’t rely on your friends. We just rely on you wanting to do something.”