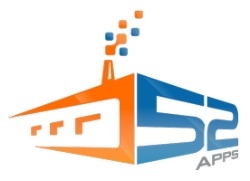 Here’s a story that’s just screaming “everywhere else”. Two students who actually hail from Arkansas, Brandon Lee and Chris Thibault are two ambitious young entrepreneurs who have built a startup app studio with a twist. Their startup is working out of an incubator at USC where Thibault was a student.

Their development company, called 52apps, is set out to produce 52 high quality apps over the next year. They hope to produce each app in just five days, presumably cheating the startup culture and taking weekends off, which is ok considering they are also students.

While the 52apps concept isn’t entirely new, the way they’ve set out to find app ideas has an interesting twist. The startup held almost a “pitch” event Friday evening. At the event they took app suggestions from all walks of life at an event with a stage, pitches and brainstorming.

Lee and Tthibault heard a ton of great app ideas at their “Idea Day” that was held immediately following a launch and kick off event for their University of South Carolina, Columbia, based company,

These two aren’t guys who just decided to become app developers in College. Both Lee and Thibault are BFFs from high school, who developed their first app while they were till in high school, with the ambitious idea to make math homework easier and more automated. They were able to achieve that as part of a goal to stop taking backpacks to school.

52apps is just one of 32 resident startup companies at a fairly new incubator at UNC.
“These are two- to three-month projects,” said Steve Leicht, who serves as 52apps’ chief executive and part of the management team put together by the incubator and Columbia venture capitalist Don Tomlin, said Tomthe statee.com. “These folks pull it off in a week.”

The duo has already put out their first iOS app under the 52apps umbrella. The app, called Tap Notes, sells for $2.99 in the iTunes app store and helps students, and business professionals take notes, and record conversations for the notes that can be accessed at specific points rather than having to listen to an entire conversation and then pulling what you need.

Lee and Thibault report that they’ve received over 30 great ideas so far and will start developing straight away.

Check out 52apps at 52apps.com