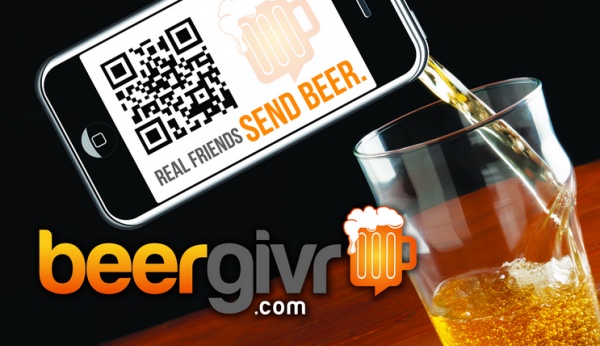 Back in March we reported that Maryland’s Governor Martin O’Malley was holding a new breed of startup pitch contest. O’Malley held his contest on Pinterest.. BeerGivr, a Baltimore based startup, was the first place winner in the bootstrapped category.

UMBC graduate, Sean Kennedy, is the founder of this innovative, social gift giving startup. As you can probably see from the name, BeerGivr is all about spreading the love via phone in the form of a beer.

BeerGivr isn’t a about virtual beers, drinking emoticons or meme’s featuring that guy from Dolseces, no its about giving your friends or family members ice cole beer, or other libations if they so choose.

So how does it work?

Our good friend Molly at inthecapital.com reports that Kennedy is the sole founder and the company’s only full time employee. He has enlisted the help of two friends but right now the brunt of the work falls on Kennedy.

The idea for BeerGivr came after Kennedy graduated from UMBC. He immediately took a job that required him to travel a lot and network with business people he may not likely see again, at least for a while. The traveling was two fold, Kennedy would miss social gatherings back home, and he met some cool people he wanted to stay friends with.

He decided that buying someone a beer from afar was a good idea and got to working on a prototype. Now he’s recruiting participating bars and restaurants and watching his Maryland based users accumulate. Of course after Maryland adopts to the new technology BeerGivr will expand.

Baltimore is turning into a tech hub especially in the mobile space with cool ideas like BeerGivr and ParkingPanda. ParkingPanda allows you to book parking spaces in Baltimore and Washington DC in advance in a similar way to hotels.com.

Check out this cool video on BeerGivr at the source link inthecapital.com

We are on a sneaker strapped, nationwide, startup road trip and need your helpq