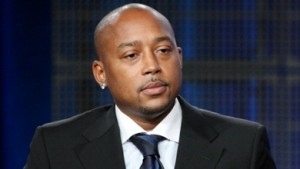 Former NFL football player for the San Francisco 49ers, St.Louis Rams and the apittsburgh Steelers, Brandon Williams is a native of St. Louis and passionate about the entrepreneurship and startup movement brewing in the city.

Williams alongside his business partner, Lance McCarthy, have organized a two day startup and entrepreneurship showcase, exhibition and pitch event called the Venture Draft Conference. The conference will be held at St. Louis University August 10th and 11th.

The tickets are $300, however in the world of startup and tech events thats a slim price t pay for the exposure to the resources that both Williams and McCarthy have assembled.

Williams has invited some of his professional sports colleague who are also interested in entrepreneurship as well as some local angels and venture capitalists.

One of the main attractions though will be the keynote provided by Daymond John the founder of FUBU and a shark investor on ABC’s Shark Tank. John is passionate about entrepreneurship. He recently spoke at Black Enterprise Magazine’s Entrepreneur’s Conference In Chicago. John also recently held a hangout on Google+ for high school age business students across the country.

The Business Journal reports that 10 lucky startups will pitch in front of a panel of judges including John in a similar manner to the way that contestant entrepreneurs pitch on Shark Tank. 15 notable sports figures and venture capitalists will be at the event which is sponsored by St. Louis University, the Information Technology Entrepreneur Network (iTen) and the Missouri Venture Forum.

We’re on a sneaker strapped nationwide startup road trip help the cause here.