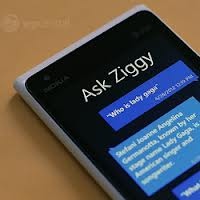 Even the loyalist of Apple users have said that Siri, iOS’s virtual assistant, isn’t all that she’s cracked up to be. In fact the newest Siri commercial featuring director Martin Scorsese, features commands that can’t be easily replicated.

Almost as soon as Apple CEO Tim Cook unveiled Siri as part of the iPhone 4s and the most current version of iOS, startups have been looking to challenge the quirky voice activated assistant.

One of those startups, Ask Ziggy, based just outside of Sacramento, has just announced last month that they’ve raised $5 million dollars.

The company, which isn’t even a year old yet, reported that the $5 million dollar capital infusion comes from a publicly traded multinational corporation, which they didn’t disclose.

Ask Ziggy also announced that they would be working closely with Burlington Massachusetts based, Nuance. Nuance has been a major player in the voice command space. It’s even rumored that Nuance may have some kind of hand in Siri itself.

Ask Ziggy already comes preinstalled on smartphones using the Windows operating system. It can also be found in products by Samsung, LG and Dell.

Ask Ziggy is looking to expand outside of mobile and to other devices.

“Speaking directly into a device and getting a voice reply, with zero typing required, is here at last,” said Shai Leib, CEO of Ask Ziggy told the Sacramento Bee. “This funding will now enable Ask Ziggy to deliver multilanguage, accent-independent, natural speech personal assistant apps running on all devices – including cellular handsets, tablets and even computing headsets, which will immediately change our world.”

Ask Ziggy is further developing their integration with Massachusetts based Kopin Corp and their Golden-I computing headset product. Leib is hoping that as the technology improves Ask Ziggy will be able to handle conversational type requests.

Leib used the example of “I feel like listening to some psychedelic rock” and having Pandora open and begin playing classic rock.