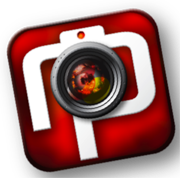 On Tuesday evening in the thick of an enormous rain storm, and just before the evening session at the DNC where First Lady Michelle Obama brought the house down, I actually got to join Gaige and Davis for a meal at the Dandelion Market in Uptown Charlotte (that’s their downtown), which is the restaurant where Rawporter was born. It was while eating at Dandelion that Gaige and Davis witnessed a horrific car accident. Like any event like this in 2011, people quickly emerged from every establishment on the block with their smartphones, and immediately started shooting pictures and videos.

Davis and Gaige both noticed that it wasn’t until after the emergency personnel had left and the wreckage was almost cleared that the news trucks began to arrive. When the Rawporter duo got back home and watched the news, sure enough there were no pictures or videos of the actual wreckage.

Sure national cable networks like CNN and Fox News, encourage their viewers to send in videos, but there had to be a way for citizen journalists, and the average people to get their videos to news outlets. In effect there needed to be a crowdsourced video news platform. So Rawporter was born.  Davis and Gaige also decided to add another spin and make an e-commerce platform for the buying and selling of these videos and photos.

On the e-commerce side it was quickly discovered that Rawporter was a great way for bloggers with a small staff, or even newspapers and other media outlets with bare bones staff and bare bones budgets, to utilize the platform for great content.

Now news editors and the like can sift through and buy uploaded files, but what’s even better is they can commission a Rawporter user to actually do the work they need. For instance, if there is a convention or conference that the news outlet can’t get to, they can post an “assignment” with what they are willing to pay and the Rawporter community can bid for the assignment.  Rawporter even facilitates the transaction.

Naturally with the Democratic National Convention in their back yard, it was an excellent venue to show off their product.

The Rawporter team also pitched at DEMO this past spring and Chicago TechWeek back in July.

Check out our video interview below: