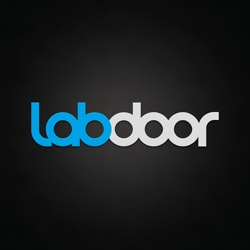 St. Louis born, young, serial entrepreneur Neil Thanedar has been flying under the radar lately while he’s been working on his latest startup project. We ran into him at one of the Verge Indy startup events in Indianapolis over the summer. While he couldn’t officially say what he was working on, he gave us a little taste off the record. We couldn’t wait until his idea came to fruition and we could take the wraps off. Well the time is now.

Thanedar moved to Indianapolis after meeting Scott Case at the legendary Mark Cuban Shark Tank Season 3 Premiere Party. Thanedar was working on a concept and in a 1:1 session Case, the two startup geniuses hashed out what’s become LabDoor today, an extremely easy to use “consumer reports for medicine and supplements”.

Thanedar, like his father, is a lifelong scientist and entrepreneur. Thanedar’s latest endeavor, LabDoor, is scientific at the core, but a consumer tool that will become invaluable over time.

In a nutshell what LabDoor does, is allows any consumer with their smartphone app, the ability to scan the barcode of pharmaceutical or supplement product A and compare it with pharmaceutical or supplement product B. How much different is that Albuteral inhaler than Ventolin or Proventil. What about Lipitor and it’s generic counterpart? What about the Vitamin B capsules from Walmart vs the Vitamin B capsules from CVS?

All of those are great questions you’ve probably wondered once or twice. Or at least you have your own similar questions.

LabDoor provides the easiest means to make sure you’re taking the right stuff.

We got a chance to talk with Thanedar who actually hurt our feelings earlier this week when he told us he though he was dead to us since he got accepted into the World Famous (valley based) Rock Health Accelerator. Actually we couldn’t be more proud of this brilliant entrepreneur, who is passionate about helping other founders anytime, anywhere.

Check out the interview below.

LabDoor grades the products in your medicine cabinet. If you want to know the difference between a generic vs. brand name pain reliever, or a gummy vitamin vs. a standard multivitamin, just scan a barcode to get an instant product report card, featuring a simple A-F product grade.

LabDoor apps are like Consumer Reports for supplements and pharmaceuticals. We use FDA data and independent experts, not user reviews, to rank products on a simple A-F grading scale. Find something you like? Add it to your virtual medicine cabinet to ‘follow’ the product. Find something terrible? We provide easy access to competing products, along with a quick way to share the bad news on all social networks!

Neil Thanedar: CEO of LabDoor. Founder/President: Avomeen Analytical Services. CNNMoney Generation Next Entrepreneur to Watch. BS(Molecular Biology)/BBA at U of Michigan. LabDoor is his 4 th startup, and 2nd as a founder.

Tércio Junker: COO of LabDoor. Founder/CFO: Tera & Creata. Founder Show Me Pigs. Past Roles: BD, Operations, Front-End Developer. Dropped out of college just one semester away from a Computer Engineering degree to join his first startup (LabDoor is his third startup).

The Indy startup scene is definitely on the rise, but is years away from being a true startup hub. Most startup cities grow in a predictable way: startups form organically, a few hit big financial exits, creating angel investors who support the next generation of startups. We’ve seen the exits (IPOs for Angie’s List and ExactTarget). The next set of startups are ready to grow, they just need the early capital to succeed.

How did you come up with the idea for LabDoor?

The concept came from a meeting with Scott Case of Startup America. Through my first startup, Avomeen Analytical Services, I won a Startup America pitch competition. Part of the prize was one-on-one mentoring with Scott. Avomeen had been really successful providing scientific services for manufacturers and the FDA, but I was looking to scale the business even faster. Scott pushed me to search for new markets and business models.

I hate the FDA system – they have billions of dollars worth of product safety research, but consumers never see the benefits of this work because all the data is private and/or excessively complex. I created LabDoor to focus our efforts on making product safety information beautiful and simple. If we can solve this problem, we open up our market from individual research organizations to millions of regular consumers. That’s the vision behind our applications.

I love dogs – they’re significantly more trustworthy than humans. Everything about this business comes down to trust. So I thought that a Labrador would be a perfect metaphor for our consumer watchdog startup (plus I love that the name hints at our laboratory expertise).Fun story: We tried to buy Labrador.com, but a VC firm owns it. We then made a classic startup mistake – start subtracting vowels from the domain you actually want. That lead to Labrdr.com, which was famously called “the worst startup name ever” by the first VC I pitched.

Eventually, I realized that our ‘consumer watchdog’ product is our short-term vision, our long-term mission is to open the value of science to the masses. Open Science. LabDoor. The perfect name for us.

What problem does LabDoor solve?

In every drugstore aisle in America, shoppers cast the classic pose: two products in hand, confusion
on their faces as they attempt to decipher the advertising claims and safety labels. It’s an important decision, but it is so hard to be certain you’re making the right call. LabDoor solves this problem.

Any developer worth their title can build a product app based on user reviews. User-generated content is great for simple decisions like picking a new restaurant for lunch. But with pharmaceuticals and supplements, we’re literally talking about daily consumption of life-and-death products. You need quick and easy access to expert data. My experience running an FDA-registered laboratory makes a huge difference here.

Have you ever tried to read a product label, and seen a “proprietary blend” in the ingredient list? Products like 5-Hour Energy are famous for hiding their active ingredients from consumers like this. Our ability to perform our own regulatory and analytical chemistry testing means that nothing can be hidden from us, and we pass on that awesome knowledge to our users.

Congratulations on your acceptance to Rock Health, what are some of the things you plan on working on while in the accelerator?

We’re currently finalizing the public launch of our first Phone application, which we’re submitting to the iOS App Store in November. Our dev team is already looking forward to building a web version of our application, which is the #1 thing our beta users ask for. Long-term, we’re constantly adding new data and products to grow the value of the applications for users.

The process of finding technical co-founders can always be a big challenge, and for someone like me who has zero programming experience, can seem insurmountable. Looking back six months after putting together an all-star team of developers and designers, I’ve got this piece of advice for hustlers looking for co-founders: build the first version yourself. It doesn’t matter if you have zero technical experience. Just pick up a product like Balsamiq and wireframe a basic application. Development and design experts are in such high demand from startups right now, so you’ve got to differentiate yourself. You’ve got to prove that you have the passion and work ethic to start building a product yourself, otherwise no one is going to quit their jobs or side projects to build your product for you.

No list of mentors or role models would be complete without my entrepreneur father, Shri Thanedar. I was always obsessed with becoming an entrepreneur, and so from a young age he would sit me down and we would talk about different aspects of his business. It wasn’t until years later that I realized that he was training me to work through business cases and challenges. I wouldn’t be here without him.

Outside my family, the first person I call/email for startup advice is Scott Case. He has amazing experience both scaling a huge startup himself and hearing thousands of new startup pitches, so his ability to relate and explain any business challenge is unparalleled.

Among people I’ve never met, I most look up to Jack Dorsey. He’s created two world-denting products in Twitter and Square, and still remains intensely humble and focused on building and growing great companies. Plus, I always cheer for fellow St. Louisans!

What’s next for Rock Health?

Rock Health is always adding new partners and mentors (They just added Kleiner Perkins Caufield Byers and Kaiser Permanente to their huge Rolodex). The next few months will be spent growing their new class of startups, and they’re also growing a major presence as an industry leader in research and events connected to digital health startups.