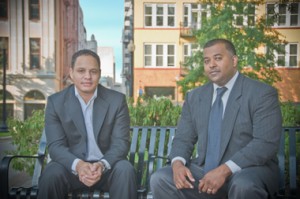 Memphis’ startup community has kicked it into high gear as of late. In 2012 Launch Your City, the organization behind the Seed Hatchery starutp accelerator, the Launch Pad free coworking space and Launch Memphis, the curriculum arm behind Memphis’ startup ecosystem, had a big year. They saw two cohorts go through their Seed Hatchery program this year. One group of web/tech entrepreneurs took their startups through Seed Hatchery. The other group went through a collaborative effort between Seed Hatchery and Memphis BioWorks called Zeroto510.

The Zeroto510 program is a medical device startup accelerator that relies on Bioworks for the medical part and Seed Hatchery for the startup, and business development portion of their training. After a rigorous accelerator program, and an intense demo day in May, the six startups in the program saw 85% follow on funding. Four of the graduating startup companies received $100,000 investments from MB Ventures and Innova. The fifth startup, Restore Medical Solutions, raised a $2.5 million dollar Series A round.

It’s no wonder that Restore Medical Solutions was able to close such a large round. Co-Founder Shawn Flynn announced that the company had a $3.75 million dollar purchase order, during his investor day pitch.

Restore Medical Solutions has come up with a concept and system to more efficiently sterilize surgical instruments. When we first met with Flynn and Co-Founder Ryan Ramkhelawan explained that not only was the current system for sterilizing surgical instruments filled with flaws, to a degree it’s also dangerous.

Currently surgical instruments are grouped in sets according to the surgery that the operating room is performing. The instruments are kept in a sterile container/tray until they are brought up to the surgical suite and used. However, if one piece of equipment is either missing, or shows signs of not being completely sterilized, the entire set is deemed unusable and another set is ordered up.

The problem with that is most hospitals don’t have a bunch of reserve sets for the operating rooms. The sterilization team has put together the sets based on that days surgeries. Waiting on instruments to be re-sterilized and recompiled can take hours. At that time the patient is either kept under anesthesia or they are woken up, either option can have risks.

Not only that but some hospitals still use sterilization procedures that are likened to the way silverware is washed in a restaurant, everything dumped on one big tray and run through a dishwasher type sterilization machine. The problem with that is the instruments at the bottom may not be as sterile as the instruments on the top. This is often the cause of hospital born infections.

Flynn and Ramkhelawan get anxious and excited when talking about their process and the upside potential for hospitals. With the reduction in time, the more efficient sterilization and the cut down on infections, Restore Medical Solutions is in the business of sterilizing instruments, but more importantly to the bottom line, driving costs down. Quicker turn arounds in the sterilization process also mean quicker turn arounds in the operating rooms, and more surgeries.

How much money? We’re not talking a thousands here or a thousand there, we’re talking tens of millions of dollars per hospital.

The duo behind Restore Medical Solutions has already pitched a number of hospitals in Tennessee and along the east coast. To date they are proud to announce that they’ve at least secured a follow up meeting and in other cases, purchase orders.

While a $2.5 million dollar Series A round is great for the company and will allow them to start producing to fulfill their purchase orders, it wasn’t always easy. Both Ramkhelawan and Flynn quit their good paying day jobs in Atlanta to relocate to Memphis for the ZeroTo510 program. The program gave them a $50,000 seed round but waiting for that initial funding they were sneaker-strapping it like the rest of their cohort.

Both men left families back in Atlanta and Ramkhelawan and his wife had just had a new baby daughter. With kids, families, and houses in Atlanta these two middle aged entrepreneurs set out to live the ramen noodle eating, hipster lifestyle. They immediately went on the grind to make things happen.

And happen it did.

After finding out about the ZeroTo510 program from a friend of Flynn’s who has a marketing business in Memphis the two made the trip to Memphis to scope out the city and the program. They immediately fell in love with the town. They are sharing an apartment literally within feet from the new corporate headquarters for Restore Medical which officially opens Friday.

For what they’re doing, both entrepreneurs admit that the Memphis startup ecosystem is further along than things are in Atlanta. New initiatives have begun in Atlanta which will be great for the region but Memphis is already doing it. Also, Jackson Tennessee is doing it as well. Both entrepreneurs spend time in Jackson, helping to further that cities entrepreneurs along as well.

Flynn and Ramkelawan give a lot of credit to Launch Your City’s Eric Mathews and Bio Works’ Allan Daisley who were instrumental in the Zeroto510 programs inaugural class.

No one covers high growth tech in the south east, like nibletz.com

Come to Memphis for this big gigantic startup conference here