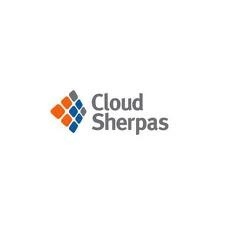 CloudSherpas, an Atlanta based startup has announced a VC raise of $40 million dollars as well as an acquisition of CloudTrigger, a consulting company that specializes in Salesforce.

TechCrunch describes CloudSherpas as a “cloud brokerage”. The company is a reseller of Google Apps and services as well as Salesforce products. They also consult on everything cloud.

But their own intellectual property also puts them in a category by themselves. CloudSherpas has a treasure trove of their own proprietary extensions as well as those stemming from their acquisitions.

TechCrunch is quick to point out that CloudSherpas is themselves a product of a merger. Back in March they merged with New York company GlobalOne. At that time they received a $20 million dollar investment from Columbia Capital, who had previously invested $15 million in GlobalOne.

This $40 million dollar round was led by GreenSpring Associates and brought their total vc funding to $62.6 million. Columbia Capital and Delta-V Capital joined in the new round. Australia-based Queensland Investment Corporation, an institutional investment manager, also participated.

CloudSherpas reportedly employs 350 people and plans to have a head count of 500 in the coming year.

Find CloudSherpas on the web here

Click here for everywhereelse.co the largest startup conference in the US