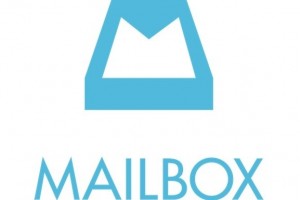 I stood in line to get the latest app phenomena mailbox. I’m an early adopter so I was able to get into the app about 36 hours after my text message saying it was officially ready. I went through the process of downloading the app that showed me how many people were behind me and how many were in front of me. When I actually got into the Mailbox app there were over half a million people behind me.

To that, the creators of Mailbox get a big fat well played. They created an ear piercing buzz and created hype that will never be replicated quit that way again.

I’ve heard and read so many stories about how impressed people are with mailbox. A couple of my journalist friends seem to love it, even ones with much larger publications than nibletz. I can’t seem to figure that out one bit.

I also just read this piece on Business Insider, it’s a love letter from Cablevision’s PR Guy Jim Maiella, who’s been using email just as long as I have. Again I can’t figure this out.

I would assume that some of my journalist friends at larger publications than nibletz receive more email than I do. Perhaps I’m wrong, but for the record on a week day I get between 300-500 new emails on my main account.

I try to separate accounts where my important account is one address and my account for PR folks to bombard is another, but I’m talking about my “important” account, that’s where I receive 300-500 emails per day.

I can’t see how Mailbox was designed for anyone who gets more than a handful of messages a day, or anyone who’s corporate account is with Gmail.

So let’s go over why I think Mailbox sucks.

long pressing and swiping right can take entirely too long for people who receive a high volume of messages.

All of the promotional mentions before Mailbox was released said that it would allow you to delete email quickly. I’d say a good 90% of my emails can be deleted by just reading the preview line of the email.

There’s also the issue of the wrong swipe. I tried the first few days to use the long press and swipe deletion method but every once in a while I swiped too fast telling the app to take an entirely different course of action.

While later is a great feature, Mailbox doesn’t bring through the rest of your folders, again troublesome for someone who is more than a casual emailer

When I installed the Mailbox app it added a few cool delegation folders to my GMail account. The later folder is the one I liked the best.

What it didn’t do is allow me to take the actual useful emails that I needed to keep and put them into the folders they need to go into. I found myself going to inbox 0 and then trying to keep up with Mailbox so I could use it but it wasn’t a pleasant experience to say the least.

The first two days using Mailbox I tried to keep emails I needed to delegate until the end of the night and then go back to the computer and delegate them accordingly but that just ended up being one more headache.

I’m definitely not one of those “email haters”. I love email I would much rather someone email or text me than actually talk on the phone. Talking on the phone takes too long and requires a secondary form of input if the person is talking about something important. For instance if I take a phone call from a business colleague about business, I’m most likely taking a note on a computer, phone or iPad so email takes out an entire step.

I was under the impression that Mailbox would improve my efficiency… not so much.

I’m still waiting for an email app that will allow me to one click and create a calendar item in Google Calendar and than click back to the contact, record and keep them all together. Yes I’m looking for a GMail CRM.

After this posting though, Mailbox is going into my trash box.