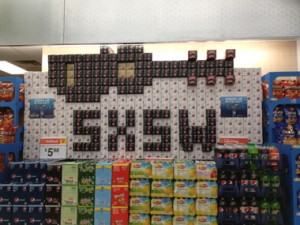 In the video above, Nashville Technology Council’s CTO of the Year Marcus Whitney candidly discusses the dumbest thing he’s ever done as an entrepreneur. What was it? Launching at SXSW.

His company MoonToast, has bounced back since that tragic sxsw launch and brought on huge clients for their social media and engagement platform, like Universal Music Group.

MoonToast actually has a great product but it’s not one for the masses of hipster startup junkees that are headed to Austin Texas in less than two weeks. It’s more of a B2C play with huge potential upside.

Moontoast lost over $100,000 dollars launching at SXSW. The real problem was the fact that prior to SXSW it appeared that they had all of their ducks in a row. They were ready to make a huge splash. Once they pulled the trigger though, they signed up three new users.

There are countless stories of startups that launch at SXSW simply because it’s the trendy thing to do. But even RackSpace’s celebrity statup guru Robert Scoble says not to launch at SXSW. In a piece on Quora that he originally published two years ago, and his since updated, he says don’t launch at SXSW, use it as an accelerant.

You want to launch ahead of sxsw and create an ear piercing buzz by reaching out to key influencers like Scoble, Leo Laporte, MG Siegler, Mike Arrington, or any of the other high profile journalists you can find on Scoble’s Twitter list or his Facebook list .

I’ve personally been to SXSW 16 different times. The first 12 years I attended the music festival during my radio career. The last four years have been as a tech journalist. I know how bad most startups want to launch at sxsw but unless you’ve got buckets and buckets of money that you’re willing to lose you may want to reconsider. Whitney humbly told us that going into their first investor meeting after sxsw was an experience he wouldn’t’ wish on anyone. 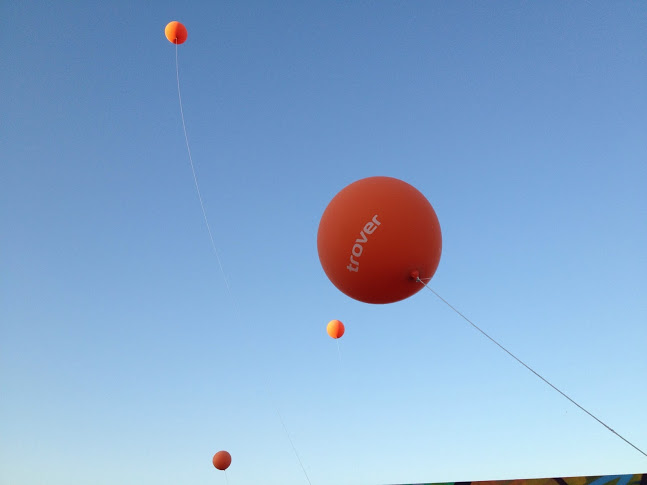 These gigantic balloons were part of Trover’s presence at SXSW12 (photo: NMI)

We saw some great startups in 2011 and 2012. At least year’s SXSW we saw Trover, while they’re still in existence they dumped over $50,000 into street team promoters, gigantic orange balloons, real estate at the foodtruck village and Tequilla infused walking tours of Austin. Rain basically ruined most of their promotions. Today, most people I talk to have no idea what Trover is.

Make people talk about your product and talk about you. Do something to stand out but don’t be obnoxious. Don’t forget to put your big boy pants or your big girl pants on and realize that there’s thousands of people just like you competing for the exact same thing.