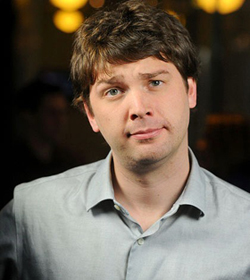 Andrew Mason was hot news this week. As you all undoubtedly know by now, the CEO of Groupon is CEO no longer. We didn’t report on Mason’s firing earlier because everyone else did and our good friends at Business Insider wrote so many articles about it we made up a drinking game.

Today though, we found out some epic news. Marc Andreessen and Ben Horowitz, of Andreessen Horowitz fame, have used their own portfolio startup, Rap Genius, to decode Andrew Mason’s epic farewell memo.

Andreessen Horowitz were in Groupon pretty deep, so it’s great that they’ve basically come to the aid and support of Mason via Rap Genius. They are also major investors in the lyric website that decodes rap lyrics.

Andreessen and Horowitz pointed out early on that Rap Genius could be used to annotate lots of things like poetry, stories, news and now farewell memos. What’s even better is that both founding partners worked on the memo together and while some of the entries are funny others are long form and offer great explanations.

For example in the first paragraph of Mason’s letter he says “controversial metrics in our S1,” Andreessen goes on to make this lengthy explanation:

Andrew is referring to the use of non-standard financial metrics in the company’s SEC filings, particularly in the IPO filing (S1).

As someone who was in the room as an observer at the Groupon board when the decision to use these metrics was made, I think Groupon was honestly trying to provide additional information that investors would find useful, which mirrored the way management thought about running the business.

However, no good deed goes unpunished, and widespread media paranoia about business metrics still lingering from the 2000 dot com crash combined with other missteps on Groupon’s part combined to make the use of those non-standard metrics highly controversial and ultimately negative for the company.

Horowitz shows his support of Mason when Mason says “As CEO, I am accountable.” Howoritz writes:

Andrew does the stand up thing and claims accountability. Make no mistake though—although he’s the only one accountable, he’s certainly not the only one responsible for all the things that went wrong. The board decided to take the company public prior to putting all the proper controls in place. The material weakness was nearly guaranteed at that point. Every one on the board plus the CFO and the bankers agreed those were good metrics at the time. But here as in every case, it’s not all the CEO’s doing, but it’s all the CEO’s fault.

On the lighter side, when Mason says “maybe I’ll figure out how to channel this experience into something productive,” a Rap Genius community contributor says that this means:

“FYI World. I’m open to a killer deal if you want to hire me. But I ain’t gonna be cheap!”

We’re on the nibletz sneaker strapped nationwide startup road trip part deux and we cold use your support.