We’re gearing up to start covering SXSW on-site. Our coverage actually begins tomorrow at SXSWedu. The educational shoulder festival is gaining momentum and is now a full four days of programming. We’re covering SXSWedu and SXSWi this year. We’ve covered their other big shoulder event SXSWeco in 2011 and 2012.

This is my 12th year attending SXSW. It started for me as going for the music festival when I worked in radio. I’ve spent the last four years covering SXSW as a tech journalist, the last two as nibletz the voice of startups everywhere else. 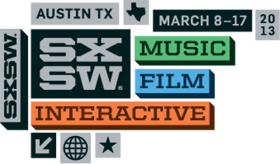 The team at activ8social, a creative marketing agency that specializes in social media put together an awesome infographic that shows how SXSW has evolved since 1987. They humbly suggest that the infographic is awesome and after checking it out, especially for along time attendee, I must concur.

The highlights of the infographic and activ8social’s research are:

Some of the biggest names in startups have launched at SXSW. Most notable are probably Twitter and Foursquare in the past few years. However, the 2006 SXSWi keynote panel included Jimmy Wales, the founder of Wikipedia and Craig Newmark the founder of Craigslist. The infographic also highlights Sarah Lacy’s biggest interview faux pax when in 2007 the audience turned on her while interviewing Mark Zuckerberg. In fact, her now good friend, contributor and confidant Paul Carr actually spoke very critically of her during that particular interview.

We’ve got more SXSW13 coverage for you here.