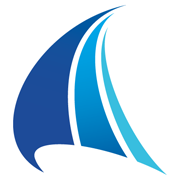 This week nibletz, the voice of startups everywhere else, is participating in the first annual LaunchYourCity, mission trip to Silicon Valley. The trip, sponsored by American Airlines and Uber, is a chance for startups, and ecosystem influencers from Memphis to experience the high paced startup life in the Valley.

Through Memphis native and 500 statups alum Frank Langston, and our good friend Sarah Ware at Markerly, we got to spend a good portion of the day at 500 startups.

Internally at nibletz we actually debated taking this trip up until the last minute. So while we’re the voice of startups everywhere else, there is a lot to be learned from founders out here in Silicon Valley. First things first about 90% of them aren’t actually natives, most have moved from somewhere else.

To that end, we got a chance to talk with two startups, Spinnakr and WayGo, about the role laying foundations in their hometowns played in building their startups prior to heading out west.

500 Startups has no requirement on where a startup has to reside after the completion of their 4 month program. We gathered that about half of the founders in each cohort choose to stay in Silicon Valley while the others either move back home or to cities that strategically work better for their companies.

Spinnakr is one of the startups that stayed in the valley. They actually graduated out of the 500 startups accelerator in 2012 (the 2013 class just graduated last month). Michael Mayernick, co-founder at Spinnakr, talks to us in the video below about the importance laying roots and a foundation at home played in Spinnakr’s growth and success.

Maryernick is still intune with what’s going on in Washington DC, itself a city where innovation is progressing at a very fast pace. Mayernick was named a Tech Titan by Washingtonian Magazine in 2011.  He curates the DC Startup Digetst and co-organizes the DC Tech Meetup.

Check out the video below and for more info visit: Spinnakr.com

Check out more of our 500 Startups coverage at nibletz.com