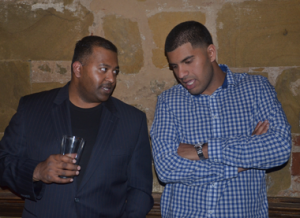 We just wrapped up the LaunchYourCity, nibletz.com mission to Silicon Valley. On that trip we spent lots of time connecting to investors, accelerators, incubators, entrepreneurs and startup founders from San Francisco to Mountain View and everywhere in between.

As the voice of startups everywhere else, we kept our minds open throughout the trip and soaked up every nook and cranny of information that we could.

In working with hundreds of startups across the country, and around the world (everywhere else), we have found that a lot of people think money grows on trees in the valley.

In talking with a variety of Silicon Valley based startups in various stages we found that, that’s not the case. In some cases it’s actually harder to raise money in the valley because there’s much more competition.

Silicon Valley is like the Hollywood of statups. Founders move to Silicon Valley in droves in hopes of getting their big idea discovered.  It certainly isn’t that easy.

You have to figure for every idea out there, there are three more people working on that same thing. Sure the biggest VC’s are based in Silicon Valley but they’re getting pitched every minute of everyday. One VC we spoke with said he, like Mark Cuban, routinely gets pitched in the bathroom.

More than one startup founder told us that they had raised money at home, and thought that was the signal that they were ready to raise in Silicon Valley and now they’ve moved onto another startup.

There are several factors that could account for this happening. One is that when you grow your startup in your hometown and can pick up any bit of local traction, your local investors know you. They’ve seen you grow and seen your failures and victories. When you venture out to Silicon Valley you quickly become just another startup.

There’s also a much better chance that an angel or VC in Silicon Valley has heard your particular idea hundreds of times, where your local investors have only heard it once, from you.

Does this mean that you shouldn’t move to Silicon Valley? Not necessarily there are advantages too that we’ll be posting about later. This is definitely some nourishing food for thought though.

We got a chance to talk to 21 year old serial entrepreneur Neil Parikh of Communly about the myth that money grows on trees in Silicon Valley. Check out the video below and check out communly here.