There are a lot of enterprise developers out there that are grinding their gears working on similar projects for different companies or clients. While developers need to stay competitive and productive, there are several menial tasks that could be done in a much easier way.

While we’re not suggesting some kind of socialist, round all the developers together in one circle and sing kumbaya kind of thing, there’s an Atlanta based startup that has a solution.

AppPax offers a cloud based platform delivering pre-built business modules that are customizable and accesible through a robust API. Their AppPax Central hub offers “cross everything” for all platforms mobile, web and desktop. This means that developers using AppPax can get the nuts and bolts from their cloud based hub and work on the actual project rather than building the initial tools.

AppPax was founded by Bill Forsyth an enterprise software engineer with 29 years experience.

We got a chance to talk to Forsyth. Check out our interview below: 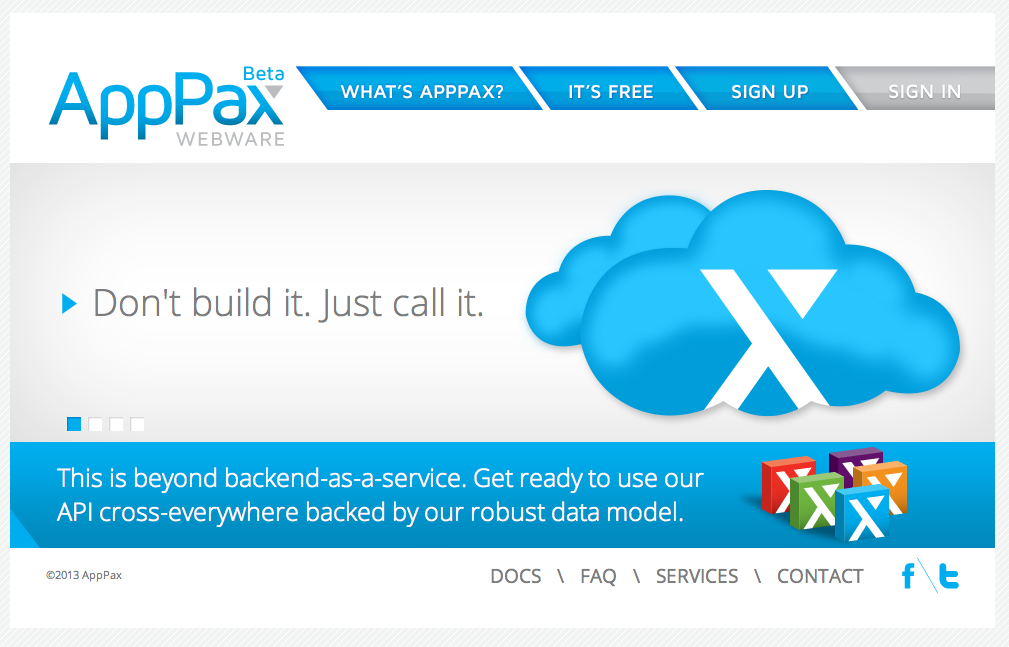 We offer pre-built business modules running in a cloud-based hub — all accessible via a robust API and configurable through AppPax Central. Our webware is cross-everything. No more choosing between platform or device. No more deciding whether to develop a mobile app, mobile site or desktop experience.

That’s a waste. With AppPax Access, for example,  they don’t have to build it, they can just call it and load in their data.

For the past 29 years, Bill Forsyth has been conceiving and building enterprise systems, merging the technical with the aesthetic, all to create simple solutions to complex problems. He’s held technical and leadership roles at S1 Corporation, EDS, Gemstone Systems, Bellsouth, and Platinum Software.

AppPax is based in Atlanta, Ga.

Young, but growing. And the influence of Georgia Tech is helping to fuel it.

How did you come up with the idea for AppPax?

Bill created AppPax after years of building business systems using unnecessarily complex processes, working on system integration, playing World of Warcraft, observing the rise of mobile, and realizing that half to three quarters of all data models and features of business applications apply to other business applications. Why are we still building them from scratch?

What problem does AppPax solve?

AppPax eliminates the need to spec, design, model, and develop the majority of any business app’s features from scratch. It also makes all app features available via secure API to all devices. It’s already built. So don’t build it. Just call it, with AppPax.

What’s your secret sauce, what makes you different?

Pre-built, integrated enterprise business models in a cloud-based hub built on universal data models. The hub is the difference.

We’re entering a new phase in the evolution of software development. Common features of apps (access, people, products, requirements, agreements, files, etc.) will simply exist in the cloud for you to call, already built, already integrated with each other. In the old days we coded everything every time. Then we went to libraries you could “link” in. Then to SDK’s and open source. And you still needed to create and operate your database, backend, and now do that cross-device.

BaaS tried to help that but as it exists right now it might actually be a retrograde since it once again requires you to design, model, and build most everything all over again. But at AppPax we’ve invented a way to provide core, integrated business features you can simply call in the cloud yet still use your own data.

Developers already no longer consider building their own maps. They simply call GoogleMaps, Mapquest, or something in the cloud. Nor would most developers think of building their own payment processor. They just call PayPal, Chargify or something in the cloud. AppPax now provides similar services but for core business features. We believe in the near future you won’t have to build or assemble most of your app. You’ll simply call the features you need from your front-ends, cross-device, allowing you to focus on your own unique front-ends. AppPax aims to lead and dominate that market.

We just released AppPax Beta with our first five Pax: People, Access, Tracking, Files, Contact. We have more waiting in the wings.

You can find out more at AppPax.com