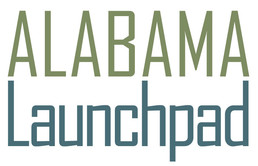 Alabama’s startup supporters have put their money where there mouth is as the current  Alabama Launch Pad competition prepares to come to a close late next week.

Alabama’s Launch Pad competition began in 2005 and gives early stage startups and small businesses a chance to compete for much needed funding that can help spark a company to the next level.

The current competition saw 12 startups compete in a pitch off style competition on March 3rd which initially cut the number of teams down to 7. They then had another “market assessment” which narrowed the field to five. Those five remaining teams will compete in a finale on May 3rd which will determine how much of the $100,000 prize each team will get.

“Our goal is to really feed the pipeline for early stage startups. Having just one competition per year is not enough,” Angela Wier told the Birmingham Business Journal. “What we would like to do is run a pre-seed four times per year, but we can’t leap to that overnight.”

Launch Pad Programs Director Greg Sheek is hopeful that they will raise additional funds to run another program this year, possibly targeting “speed up” startups.

One of the challenges that Sheek and Wier are working with is that 50% of the money coming out of the Birmingham based Central Alabama Angel Network is going to out of state companies. Both are hoping to curb that by giving more companies access to programming that will prepare them better for pitching investor.

“We want to get in a place where we’d like to prepare more and more companies to pitch to the investment community and keep them right here,” Wier said.

Alabama ranks as one of the friendliest cities to small business, read that story here!