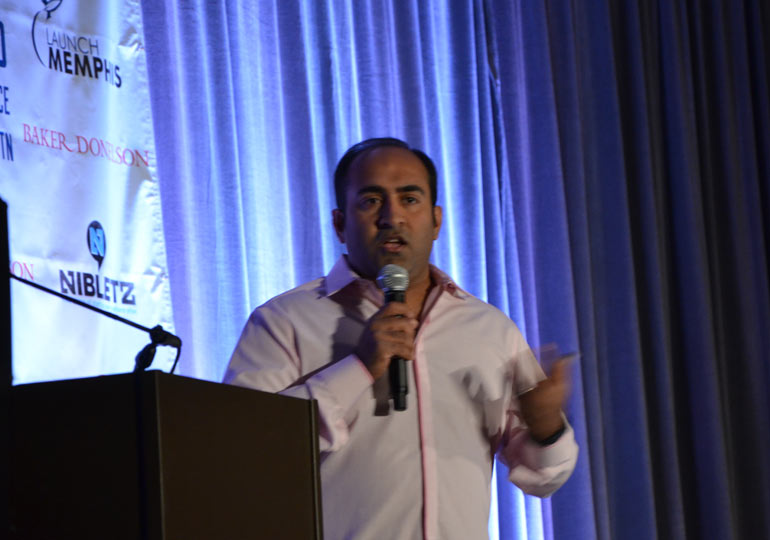 The inaugural “everywhereelse.co The Startup Conference” was heralded by forbes.com as a “Must attend” This one of a kind conference caters to the collective trials, problems and victories unique to startups “everywhere else”, giving founders from anywhere USA access to the kind of conference that typically costs thousands of dollars to attend.

The first conference, held February 10-12th in Memphis Tennessee was attended by over 1200 attendees from 43 states, 7 countries and 3 continents with over 75 startups in the startup village from an equally large footprint across the country, and around the world. Attendees were treated to keynotes, workshops, networking, pitch contests and three great after party events.

On day one all of the attendees went together to the Memphis Grizzlies vs Minnesota Timberwolves game. The other, overflowing parties included one at the world famous Ernestine and Hazels (a brothel over 30 years ago) and Raiford’s a one of a kind discotech djed by an old man with a cape that brought the house down. Far and wide people are still talking about that party.

We’ve got some amazing things lined up for our next Memphis conference February 17-19 2014 and an even bigger announcement at the end of July (stay tuned).

We have longer sessions, even better content, catered breakfast and lunch sessions, learning sessions on marketing, branding, startup accounting and legal issues and much more. Mike Muhney the godfater of CRM and founder of ACT, Gary Swart, CEO of oDesk, Jonathon Perrelli, Danny Boice, several 500 Startups founders, YCombinator Founders and Techstars founders and many more have already committed to the next conference and we’ll have a bunch more announcements in the coming weeks.

With that in mind you want to act now and get your attendee tickets or startup village booth during the early bird discount period where you can get tickets to the next conference (and startup village booths) at the same rate as last year. Attendee discounted tickets are $59 and Startup Village booths (including 3 tickets) just $395. These discounts absolutely end July 6.