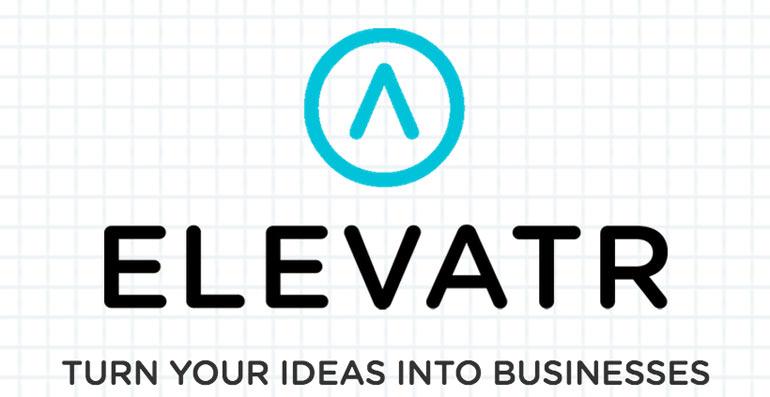 Entrepreneurs are currently using a wide variety of mobile apps to help plan and launch their startups. Some entrepreneurs use productivity solutions like Xtrant and Basecamp; others are using GoogleDocs; and some go “low-tech” with just their iPhone’s notepad app. I’ve seen some startup founders who have pages and pages of research, drawings, flow charts, customer discovery, and other pieces of the entrepreneur’s puzzle laid out across multiple iPhone and Android apps.

New York-based entrepreneurs David Spiro and Rafa Amormin know the pain of turning ideas into startups using fragmented apps all too well. Until now there was no app in any app store that was specifically designed for hashing out startup ideas.

The Elevatr App is currently available in the iTunes app store, and we’ve been playing with it a bit. The UI is basic and very easy to understand. The beauty of the app lies in the fact that it functions like a Q&A business plan designer, but the output is on your own mobile device.

Using Elevatr App you start with an idea and then go through market, product, business model, and execution. Rather than leaving wide open questions that someone with a new idea may find confusing, Spiro and Amormin have divided each category into sub categories asking the questions that you would typically find in a business model canvas. It’s obvious that Spiro and Amormin are entrepreneurs and not just developers.

We got a chance to talk with Spiro:

In layman’s terms, how does it work? (In other words how would you explain it to your grandmother).

The whole point of the app is to give you a structured business plan outline so that you just have to think about building the content for your plan, not the structure of the plan itself. Imagine a very beautiful business plan template broken down into a handful of categories including Problem, Target Market, and Product Features where you can tap on any category to include notes and dynamic media to easily create a business plan from your mobile device. Each business plan can be shared so you can get feedback, work on it with teammates, or pitch it to investors. Users can work on as many ideas as they’d like.

David Spiro, Founder and CEO, received the University of Michigan Business School’s Award for Excellence in Entrepreneurship for his business modeling expertise. Started 2 companies as an undergrad and played baseball for UMICH.

Rafa Amorim, Founder and CTO, building backends globally since he was 15, having been an integral part of building Paymentez, a multinational e-wallet company that has 4 million users.

We are based in SoHo, NYC.

Technology underlies all industries today but startups are not the leading industry culture in NYC. We see fashion, media, and entertainment as the leading industries here. It’s nice to not be the top of the food chain because everyone in the startup scene is hungry to make it the top of the food chain. Also, we take so much from those industries from business models to company cultural influence. I think you’ll see the startup scene in NYC explode over the next few years. 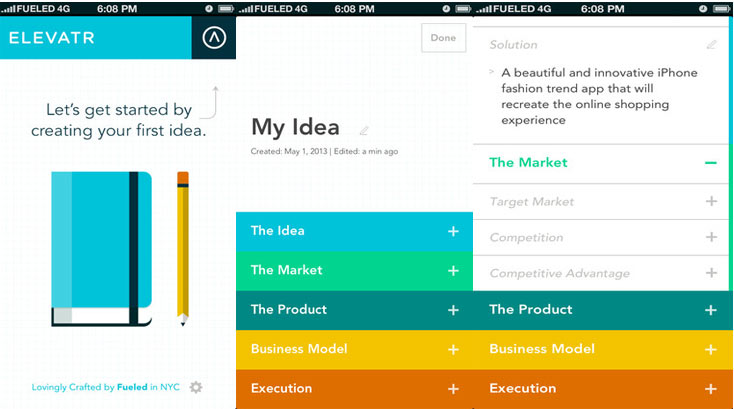 How did you come up with the idea for Elevatr?

Studied entrepreneurship at Michigan’s Business School and Engineering school. Was around so many entrepreneurs I picked up on a behavior pattern: Everyone was keeping several ideas in Apple Notes. I was being taught business modeling techniques and discovered that the students would enjoy an app that took the pain out of creating the actual structure to the business plan. Then, I realized that the startup revolution had gone mainstream – everyone was pitching me ideas from my sister to my friends moms. When I realized that, I figured it was worth building the app. It’s paid off we have 70,000 users in 2 months.

The startup revolution has gone mainstream. People are so enamored by what’s going on with the Snapchat’s and instagrams of the world saying “hey, if these simple ideas can become $1B companies then so can my simple idea.” I also think that subliminally the Recession of 2009 changed how we perceive security at traditional corporations: they aren’t so safe. Any day you could be out of a job for someone else’s selfishness so why not pursue your own idea instead? The bottom line is that internet entrepreneurship is the future of our global economy and we’re the place to turn those ideas into businesses.

And what’s your secret sauce?

Our understanding of how hard it is to execute on business ideas. It enabled us to build this great v1 and will keep us on the cutting edge for this growing market as we push new products moving forward.

Featured on the App Store for WWDC in Productivity, New and Noteworthy, and Apps for Graduates.

Ranked by Mattermark as the 15th hottest startup according to their social traction metrics.

It would be a true testament to how entrepreneurial we’re all becoming if we hit 100,000 in 3 months.

Elon Musk – the dude made Billions off of Paypal but didn’t sit back and relax. He put it all into solving even bigger problems. And now those are $Billion companies aka SpaceX and Tesla.

My Dad – he’s a surgeon. His work ethic is unreal. If i started to explain it you wouldn’t believe me. I like to think it’s rubbed off on me over the years.

This online accelerator can help you turn that idea into a product.