Working from home sucks sometimes. You can only stare at the same wall so many times before it completely drains you of all creativity. And, in my case, it’s a guarantee that as soon as I get in a groove, the children will want to tell me about their latest Lego creation.

That’s why coworking spaces can be so awesome for entrepreneurs. You can be surrounded by like-minded people, but also plugged totally into work. Many of the spaces below also offer on-site mentors and other perks.

In case you didn’t know, most coworking spaces are member-only because they often also work as incubators. But, if you’re ever traveling, a nominal fee will usually get you some space at one of these awesome hubs, and you’ll get the added benefit of networking with a whole new set of people.

If you live around one of these awesome coworking spaces everywhere else, do whatever you can to get in! 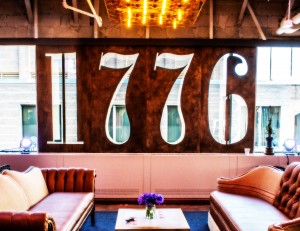 1. 1776 DC–Opened in January of this year, 1776 is a great space for entrepreneurs. Many of the businesses that work here are focused on solving our nation’s toughest problems in healthcare, education, energy, and government.

2. The Speak Easy in Indianapolis bills itself as “a combination of a 17th century salon, coffee shop, and science lab.” Companies pay yearly dues and have access to common areas and a conference room, as well as a gaming center and semi-regular events. 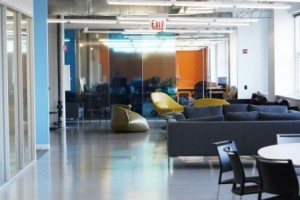 3. Chicago’s 1871 (named after the 1871 Chicago fire) is located in the historic Merchandise Mart. There are three different kinds of memberships that offer different levels of access to the space. They also host classes, workshops, and networking events. 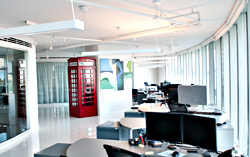 4. Miami Shared is full not the average folding table coworking space. Full of windows, white walls, and stunning artwork, Miami Shared creates a unique place for entrepreneurs to work. Members get the benefit of the beautiful space, as well as networking and collaboration opportunities.

5. Green Spaces can be found in Denver, CO, New York City, and (soon) Minneapolis, MN. The space particularly hosts companies that focus on “doing good.” Collaboration, networking, and access to influencers across the world are just a few perks of being a member at Green Spaces. 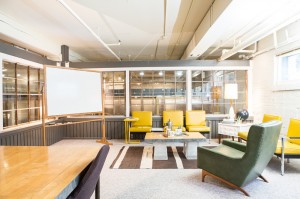 6. MAKERS opened up shop in Seattle in 2011. The building is full of refurbished wood and natural light, reminiscent of Seattle’s nature-loving atmosphere. There are several tiers of membership, and non-members can rent out certain spaces at certain times.

7. 654 Work Cottage is one of the more creative uses for an old house. Don’t the let the quaint outside fool you, though. Inside the Work Cottage is a first class coworking space. They offer a range of memberships, including pay as you go.

8. The Nashville Entrepreneur Center opened last month to a little bit of controversy. Still, members of the center have access to investors, mentors, and other resources to build their companies. They also get preferred consideration for the incubator housed in the same building.

9. The Iceberg is a cool place to work in tiny Fayetteville, AR. The basement space is divided into areas, such as a coffeeshop/lounge, conference room, workspace, and resource library. Rent is affordable at The Iceberg, and they offer day passes to those passing through. 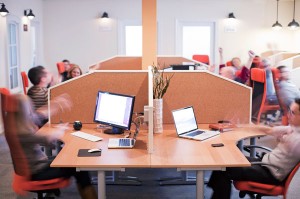 10. In Jacksonville, NC, CoWorx offers an office space for any entrepreneur. They have all the trappings of an office, but offer tiers of membership to make it affordable. Members can even rent private, furnished offices. 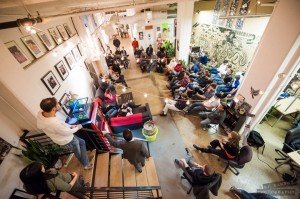 11. Philadelphia’s Independents Hall is tapping into the excitement that working with a group can generate. Indy Hall offers all the other essentials of a coworking space, but they really focus on the serendipity of the relationships built there. They also offer day passes for people who are passing through or want to test the waters.

Most startups and entrepreneurs could never afford the upkeep on these sleek, state-of-the-art offices. But, with the growing coworking trend, it’s so much easier to work in style.

Know of a great coworking space? Let us know which ones we left out.