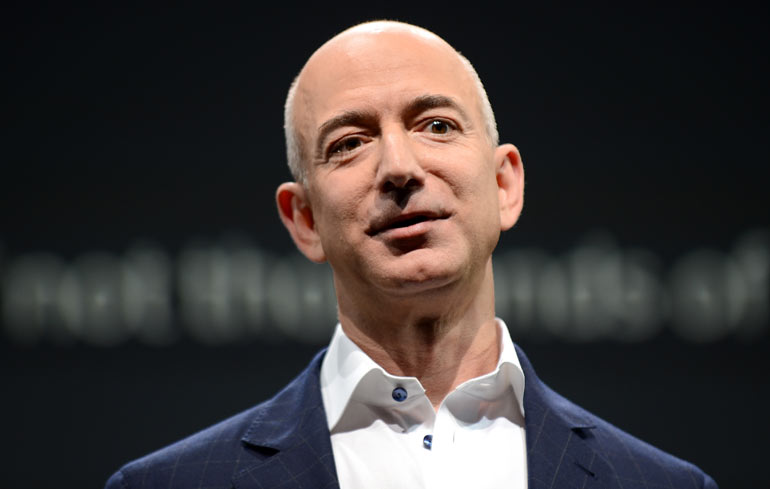 Jeff Bezos is no stranger to entrepreneurs and startups. As the founder of Amazon, he has become one of the wealthiest men in the world off of what seemed to be a crazy idea. Amazon has grown to the number one online destination for e-commerce and web sales. Millions of products are sold across Amazon and its partners.

Amazon has also been an instrumental player in developing startups both in their hometown of Seattle, across the country, and around the world. Many web based businesses rely on Amazon’s Web Services (AWS) cloud system for their infrastructure and web presence. They’ve found a way for people to pay with “credits” vs a flat monthly rate, which for some entrepreneurs makes it easy to grow and scale their startups and businesses.

Through Amazon’s launch in 1995 to today. Bezos has remained committed to entrepreneurship and startups and even now still mentors young startup founders. He’s also helped advocate for startups to the government and speaks at startup events, making him one of the most successful and one of the most respected entrepreneurs.

Late Monday evening The Washington Post reported that they have agreed to sell the historic newspaper to Bezos directly (not to Amazon). Bezos will take the company private and according to the Post’s Publisher Katharine Weymouth, he will be able to “experiment with the paper without the pressure of showing an immediate return on any investment.”

The paper has been in Weymouth’s family since 1933 when Eugene Meyer, a member of the Federal Reserve’s board of governors purchased the paper. In 1946 Meyer was succeeded as publisher by his son-in-law Philip Graham whose wife Katharine Graham served as chairman and CEO until 1993. Her son, Donald Graham, succeeded her at the Post. Weymouth is Katharine Graham’s granddaughter and Donald Graham’s niece.

Over the past few years the post has tried to become more progressive with their online and social offerings. Laura O’Shaugnessy (Graham’s daughter and wife to Living Social founder Tim O’Shaugnessy) is the general manager of SocialCode a Washington Post startup that helps companies expand their brand on Facebook.

Bezos plans to remain true to the readers of the Post and plans to be in it for the long haul. “I don’t want to imply that I have a worked-out plan,” Bezos told The Post in an interview. “This will be uncharted terrain, and it will require experimentation.” He continued, “There would be change with or without new ownership. But the key thing I hope people will take away from this is that the values of The Post do not need changing. The duty of the paper is to the readers, not the owners.”

Bezos plans to keep Weymouth in her position as publisher. Also, what may come as a relief to the newsroom, Bezos says there will be no layoffs of the company’s 2000 employees as a result of the transaction.

The paper has been in the Graham family for eight decades, and although no clear long term plan was announced on Monday, Bezos may be planning on keeping the paper in his family for generations as well.

Bezos was not a surprise bidder. The Post reports that Bezos and Donald Graham have been friends for years, often turning to each other for advice. Graham was influential in the way newspapers are displayed on Amazon’s Kindle devices.

You can read more about this historic transaction here.