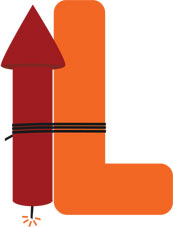 Although based in Silicon Valley, Square’s co-founder Jim McKelvey continues to make waves in the St. Louis startup community. Just last week we reported on a new financial services startup accelerator called SixThirty. McKelvey is one of the founding partners of that accelerator.

He is also very active in Cultivation Capital and Arch Angels, St. Louis’ premier angel network. He sits on the board for both LockerDome and Bonfyre, two prominent St. Louis startups that we’ve covered a bunch here at Nibletz.

Next Tuesday McKelvey will hold a press conference in St. Louis to announce the complete details of his latest project called LaunchCode. McKelvey leads a group of St. Louis entrepreneurs in a collaborative effort to increase the region’s development talent base and strengthen the burgeoning startup and tech community.

Many coders possess great talent but lack the experience necessary to land a job. LaunchCode helps new coders overcome this hurdle by pairing them with experienced developers in companies that have job openings. Through pair programming – a system used in Silicon Valley involving two programmers, two keyboards, and one monitor – the new developer receives training and experience until he or she is up to speed and receives a full-time job. More than 50 St. Louis companies of all sizes, from Fortune 500 corporations to thriving startups, have already signed up. Employer companies include World Wide Technologies, Monsanto, Savvis, Enterprise, Build-a-Bear, Lockerdome, Express Scripts, and more.

You can find out more about LaunchCode here