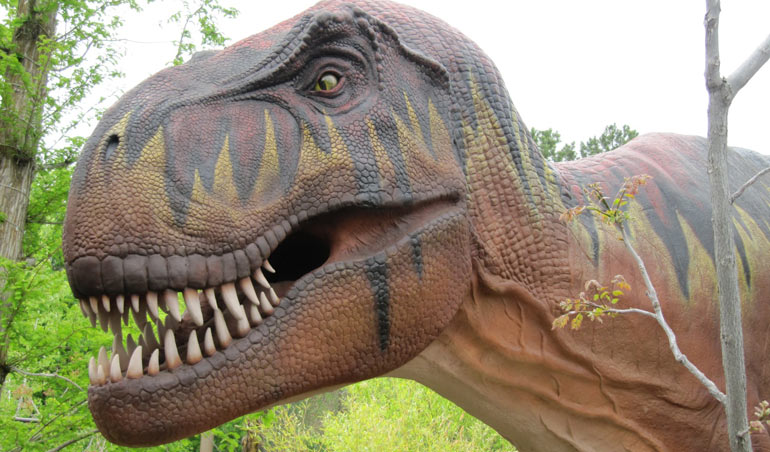 Tyrannosaurus Rex is undisputably one of the biggest dinosaurs in the world. So naturally, St. Louis’ startup hub and incubator, called T-Rex, is just as large.

The T-Rex space in downtown St. Louis already houses 70 startups, five funding and mentoring groups, including the 630 Accelerator, as well as space for entrepreneurial and startup focused events. We’ve covered T-Rex startups quite a bit here at Nibletz.

Now, as the space celebrates its second year and milestones like growing from 6 startups to 70 startups, they’re naturally ready for a big expansion. On Tuesday they announced that they would be acquiring the Lammert Building at 911 Washington Avenue, also in downtown St. Louis, giving them a whopping 160,000 square feet for startup and entrepreneurial greatness.

“Our move to the Lammert Building will provide us with 160,000 sq/ft of space, which we need to continue fostering St. Louis’ entrepreneurial activity and bring more startups to the area,” said Jay De Long, Vice President of the St. Louis Regional Chamber and T-REX Board Member. “A more permanent home will also give us a focal point for new activities that were described in the recent Regional Entrepreneur Initiative.”

“The building will provide opportunities for us to deepen and broaden our mission, which will include a strong focus on digital design,” said Kevin Farrell, Senior Director of Economic Housing and Development for the Partnership of Downtown St. Louis.

As a sponsored project of the City of St. Louis, the Partnership for Downtown St. Louis, and the St. Louis Regional Chamber, T-REX was able to fund its acquisition and renovation of the Lammert Building through a variety of partnerships.

“Many non-profits and incubators operate with a debt that hinders or slowly kills their mission,” said Joe Reagan, President & CEO of the St. Louis Regional Chamber. “Similar to the first round of a capital campaign, these tax credits enable T-REX to grow expeditiously and still fulfill its purpose of providing below market-rate space and services to startup companies.”

“T-REX is a game-changer in attracting entrepreneurs to the downtown St. Louis region,” said Otis Williams, Executive Director of the St. Louis Development Corporation. “Because we think that T-REX is a great approach to business development in our area, we have been supportive of its mission with creative financing opportunities, and we’ll continue to support it in the future.”

Find out more about T-Rex here.