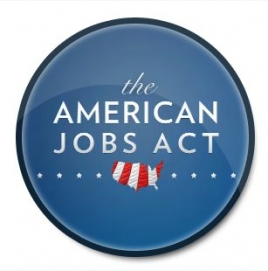 After months of restless anticipation, there is finally some substantial progress towards the implementation of the JOBS Act. It has been exactly one month since the Title II rules- the ones based around general solicitation- went into effect and the SEC is moving forward with implementing the next portion of the monumental legislation.

Title III, the poster child of the JOBS Act, is focused around the sale of private equities in an open market. It is as groundbreaking for the industry as it is controversial in its own right. There are as many proponents of the crowdfunding bill as there are naysayers and today the SEC discussed the proposed rules that would provide the infrastructure for equity crowdfunding to take place.  Platforms such as EarlyShares have been waiting for these exact rules in order to set in motion their part in facilitating the sale of private securities.

There have been claims that equity crowdfunding will result in a ‘ghetto stock market’ due to the high risk of fraud and the low barrier to entry. There have also been concerns about the cost of properly keeping up with SEC regulations. Currently, an investment group will spend anywhere between $50,000 and $100,000 in due diligence and this begs the question of how such practices will be handled at a smaller scale for investments that will be under $20,000.

Well, where there is a will there is a way. Solutions are already in place for companies wishing to utilize the new legislation as the SEC continues to implement it. Companies like CrowdCheck provide quick and secure diligence reports while companies such as Crowdentials assist with making sure your investor is accredited among various other compliance needs. Sure, the waters of the JOBS Act regulations are currently a bit murky but there is a lot of money to be made within these environments and those that take advantage of it will be handsomely rewarded. So when can those interested to utilize the new legislations expect to be able to do so? This is where it gets a bit tricky.

Title II of the JOBS Act, which went into effect one month ago on September 23rd, and it allows for companies that are making a private security offering to be able to use public advertising in order to get the word out. While the JOBS Act itself was signed on April 5th, 2012, the SEC didn’t release the proposed rules until July 10th of this year. This seems to be an ongoing trend as the SEC has delayed the implementation of the whole act by several months multiple times.

There is hope that this trend will be broken as the SEC held a live webcast today where the commission discussed the rules surrounding equity crowdfunding. Once these rules are posted to the Federal Registrar (this usually only takes a few days), they will be open for comment and the ball will be rolling to get this brand new industry up and running.

With industry experts waiting to pounce on the opportunity to help out investors and entrepreneurs navigate through the dense regulations of the JOBS Act, those on the fence about joining the crowd should feel a sense of assurance in doing so. CrowdCheck, Crowdentials, and several other industry leaders are poised to iron out the wrinkles as more and more people get involved with Title II and Title III of the JOBS Act.