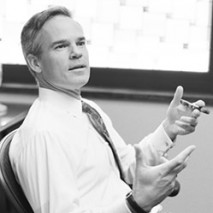 Massachusetts has a new candidate for the Governor’s Mansion. The Sentinel Enterprise reported on Monday that Saturn Partners founding partner Jeffrey McCormick has filed papers to run for government as an independent candidate.

McCormick’s firm has a reputation of being hands-on in a good way. According to many online sources, including some of the companies that they’ve supported, Saturn lends their expertise in developing companies in a strategic partnership tied to their investment.

As for the governor’s race, politics is no stranger to startups. Techstars co-founder Jared Polis is a congressman from Boulder who uses his background in startups and investment to help champion legislation that will spur the economy through startups and small businesses.