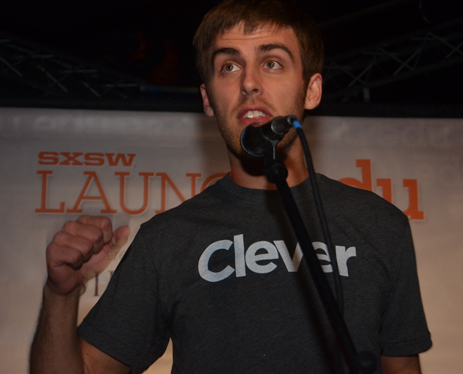 Last year when we decided to head down a little earlier than we traditionally do for SXSWi, we were quite surprised at what we saw with LAUNCHedu and SXSWedu.  For those unaware, SXSW hosts an entire conference a week earlier than SXSW Interactive, SXSW Music and SXSW Film. That conference, SXSWedu, celebrates education, technology, and edtech startups.

Like the SXSWi accelerator, SXSWedu has it’s own startup track called LAUNCHedu which functions almost like the SXSW Interactive accelerator.

The pitch and startup contest pits the best of the best educational startups from across the country against each other in front of startup influences like Mitch Kapor from Kapor Capital. Many VC’s and angels have found that SXSWedu finds startups on the cusp of greatness.

At last year’s event we met great startups like Common Curriculum, a Baltimore based company that has created an easy to use platform for teachers to develop curriculum. We also got to spend time with MatchBox, a startup that has put the college application process entirely on an iPad. We even got to spend time with Clever, the startup that won the K-12 category at LAUNCHedu. This company provides a platform that connects educational software providers with legacy student information systems and makes it all talk to each other.

If you’re an edtech startup and meet these requirements than you want to head over to the SXSWedu site before November 8th and register.

It’s been said that SXSWedu is growing faster than the SXSW Interactive festival grew when it was first added. It falls the week before SXSWi in March.