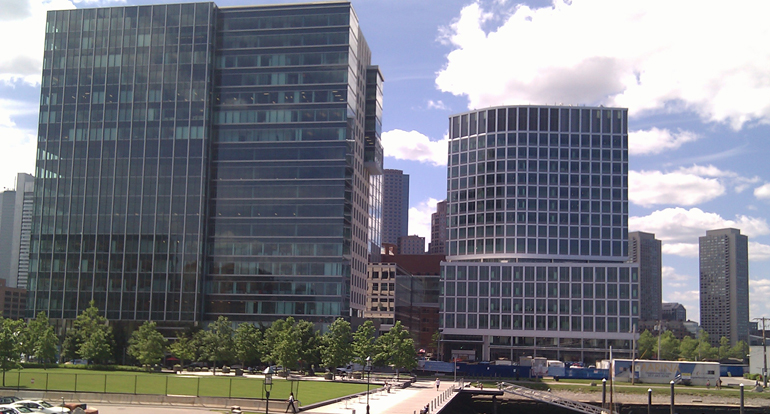 Although the news may not be good for MassChallenge, the fact that they have been priced out of their own neighborhood is actually a testament to the success the accelerator/incubator program has brought to Boston. Many in Boston’s Innovation District believe without MassChallenge there would be no district.

According to Boston.com, one of the country’s biggest and most successful accelerators needs to be out of their 14th floor space at One Marina Park Drive on Fan Pier by next July.

MassChallenge has about 25,000 square feet at their current location, which they were able to stay in rent free.

Since they moved in three years ago Enernoc, Goodwin Proctor, and Battery Ventures have signed leases in the same flagship building. Countless smaller startups have taken up space in the surrounding neighborhood.

Now, with all of these startups and companies moving into the area because of the groundwork that MassChallenge has laid, the owner and developer feels like he can attract a paying tenant to the same space.

While Harthorne wants to remain in the Innovation District, he’s not worrying about the accelerator having a roof over its head. They are currently in negotiations for a possible spot at Landmark Center near Fenway Park and the Bronstein Center, also in Innovation District. Both landlords see the value in having MassChallenge as a tenant, so they are also offering free rent.

“We’re kind of torn,” Harthorne says. “We love the Innovation District, but Landmark is close to the medical center, which is a thriving area of the city. Our current lease is up in July of next year, and so we do need to do something ahead of next year’s program. We’re eager to make a decision really soon,” he says.

They expect to announce their decision at the October 30th awards ceremony for this year’s class.

Find out more about MassChallenge here.