Last week when we wrote about Detroit startup Grand Circus, we talked a bit about Detroit’s entrepreneurial past and that it was fueled by the automotive industry (see what I did there) and music. Startups are crucial to rebuilding the city that was once a beacon of industry in the US. It’s startups and entrepreneurs that are going to help drive Detroit out of bankruptcy and back onto the national stage.

We knew it wouldn’t be too long before we heard about a great music startup in Detroit. Sure, in the 1950’s the music startup that fueled Detroit was Motown, and it was driven by R&B music. Today though, Hip Hop and Rap have taken the place of upbeat party R&B music, the kind that gave Motown its name.

Rapt.FM isn’t a new hip hop record label. Those are a dime a dozen. They’re an entirely new platform for aspiring rap artists. Rapt.fm allows people to rap and collaborate with anyone in the world and have a live audience to watch, chat, and vote.  Its also a discovery platform for up and coming artists. Rapt.fm has already given some lucky rappers the chance to open for Mos Def and Royce Da 5’9. Now they’re giving away a recording contract with Tommy Boy Records (think Digital Underground, Naughty By Nature, House of Pain).

We got a chance to talk with CEO and co-founder Erik Torenberg who started Rapt at a Startup Weekend in 2012. Check out our interview below. 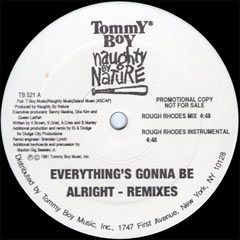 Rapt.fm is a platform where people can rap with anyone in the world and have a live audience watch, chat, vote for who they like best. It’s also an artist discovery platform — contest winners won the chance to open for Mos Def, Royce Da 5’9, and next month one winner will get a record contract with Tommy Boy Entertainment.

Erik Torenberg started the company at Start Up Weekend January 2012 (along with Co-founder Jamie Pitts) because he wanted to learn how to rap. They then won the competition, and a couple other competitions, and realized there were a lot of people like Erik who wanted to rap, and even more who found watching rap entertaining.

From Grand Circus piece: “Detroit startup scene is booming – SA Today names Detroit one of the “10 Great Places to be Inspire by Innovation” Fast Company’s piece “How A Young Community of Entrepreneurs is Rebuilding Detroit” called the city a “refuge for techies looking to tackle real problems.” The New York Times also spotlighted Detroit’s tech scene, nothing that hiring in the city’s tech sector is pulling developers from the coasts. Detroit has seen a 10 percent year-over-year increase in tech job listings, which makes the city the fourth in the nation for total employment in the tech industry”

We provide place for users to find others people to rap with, to build their fan bases, and to launch their rap career — from rapping in their basement to opening on stage for a platinum rap artist or winning a record contract. Rapt.fm is going to expand to other music genres in the future.

Most other music sites focus on hosting, but not on live interaction between artists and between fans and artists.

— In only 6 hours a week, during the month of July we had 7 K users, returning users of which spent an avg of 25 minutes on the site, and 60% of all users were returning