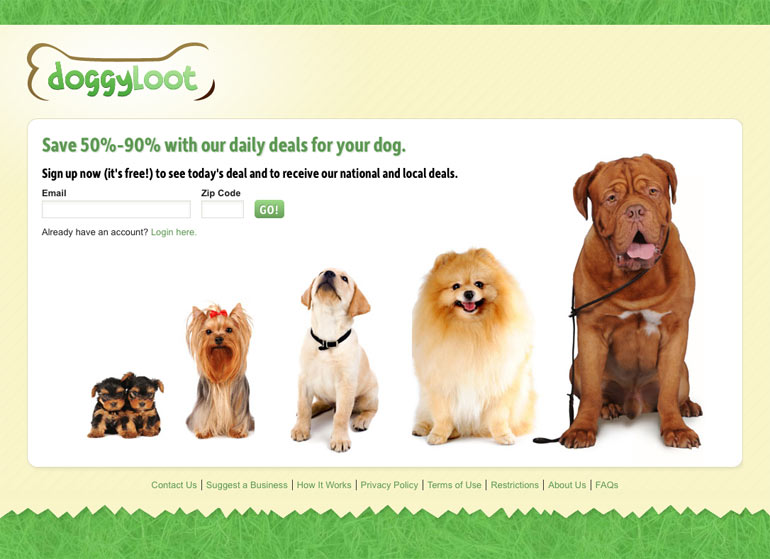 Doggyloot, an internal project at Chicago’s Sandbox, a startup incubator of sorts, has just closed a $2.5 million dollar round. The company was founded in 2011 and already has 700,000 subscribers according to Crain’s Chicago Business.

Doggyloot subscribers get access to flash sales on products they need for their animals. It’s a modern day pets.com complete with all of the things that are making e-commerce startups successful in 2013. To add to that success the company is led by former Orbitz guy Jeff Eckerling.

Eckerling said they will use the money to “crank up the company’s technology, especially mobile apps and more personalized targeting of its offers, and to step up advertising to attract more subscribers. ”

Although pets.com was one of the biggest victims of the dot com bubble, the pet industry is stronger than it’s ever been. It’s a $50 billion dollar a year industry with that doubling over the last decade. Pets.com closed in November of 2000.  “There are over 50 million households in the U.S. with dogs. That’s more than have kids under 18,” Eckerling said.

He’s no stranger to the flash sales market either. He developed the flash travel site BonVoyou which was acquired by HauteLook.

Peter Krasilovski, an analyst with BIA/Kelsey told Crain’s “Newspaper sites get thousands of visitors from pets. We have a luxury culture for pet owners. There are dog biscuit stores popping up all over. But we all saw the big flameout of Pets.com. Is it time to revisit, maybe? It might be a good niche opportunity.”