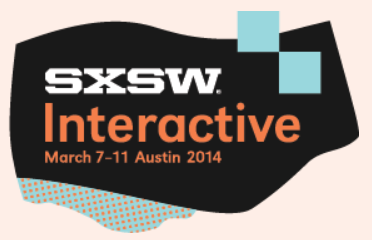 Now that the inaugural SXSW V2V  has ended, startups, entrepreneurs, founders, developers, coders and otherwise “startup” hipsters, are turning their attention to SXSW Interactive. Although we’re still about six months away from the big event in March, the Panel Picker is up and running, and SXSW is starting to announce their official speakers.

On Monday SXSW announced that Austin businessman, entrepreneur and author, Austin Kleon, will be kicking off SXSW Interactive with the first official keynote on Friday March 7, 2014.

Kleon is an established author whose books include: Steal Like an Artist and Newspaper Blackout. He’s currently working on his newest book, Show Your Work.

His work has been featured on NPR’s Morning Edition, PBS Newshour, and in The New York Times and The Wall Street Journal. New York Magazine called his work “brilliant,” The Atlantic called him “positively one of the most interesting people on the Internet,” and The New Yorker said his poems “resurrect the newspaper when everybody else is declaring it dead.”

He will be speaking on creativity in the digital age. The keynote will be Friday March 7th at 2:00pm