By day Jared Marquette, Ryan Carter, Robbie Goldsmith, Sam Lingo, and John Murdock are Nashville-based entrepreneurs living the good life, making stuff, creating things and innovating. By night, they suit up in the ninja masks that they were reportedly born with, and become entrepreninjas.

Entrepreninjas is the name of the Michael Burcham and Nashville Entrepreneur Center backed team that competed this weekend in Red Bull’s Flugtag competition. Flugtag is a national competition that was held simultaneously across five US cities this past Saturday. The competition calls for teams to create a man powered flying machine. The machine is launched from a runway over water where it’s judged.

The celebrity judges were looking for creativity of craft, distance, and showmanship.

The Entrepreninjas built their craft in Nashville with part of the building taking place at the new Entrepreneur Center where team member Sam Lingo is the operations manager. 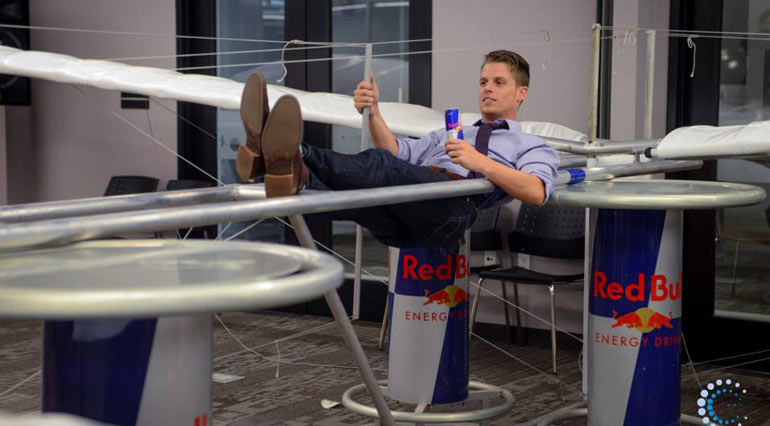 Entrepreninjas built most of their flying machine at the Nashville Entrepreneur Center (photo: Facebook)

Michael Burcham, along with the Nashville Entrepreneur Center, Polar Technology, Track Ref, and the Thinkery teamed up to back the Entrepreninjas with the expenses of building a flight machine, getting it to Miami and entering the contest.  It seems like perfect sense. If these guys can build companies, they can easily build a flying machine, no problem.

The team competed against other teams in Miami as well as the four other locations. The top 3 teams from each location won prizes from Red Bull, including Red Bull sports and music experiences, and of course bragging rights. 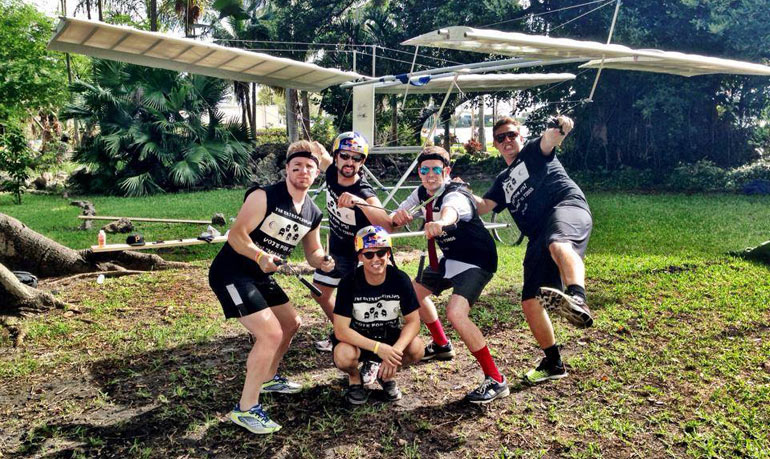 The flying machine looked great, judging from the photos on the Entrepreneur Center and Burcham’s personal Facebook page.

The team seemed to do very well in the showmanship category, showing off their ninja moves on the runway before launching the flying machine into the sky (or the water as it was).

As you can see from the video below though, they didn’t get very far in flight. The Entrepreninjas, despite a valiant effort, gave new meaning to the theory “Fail Fast.” But alas they are entrepreninjas and iteration trumps perfection, so I’m sure we will see them back out again next year.

This was an awesome showing for Nashville and a great team building exercise. For your enjoyment their flight video is below.