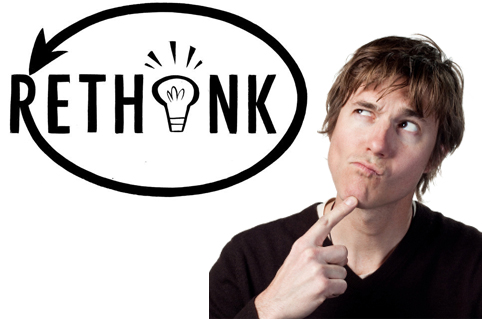 It’s time we take a serious look at what a “startup” actually is. We have to stop chasing unicorns as investors and the concept of acquisition by Google or Facebook as the foundation of value as founders.

According to venture capital investor Bill Gurley, the average MONTHLY burn rate of startups in Silicon Valley is $4 million per month. That’s the burn rate!

The vast majority of entrepreneurs would dream of having $500k one time, let alone $48 million a year, all while not making a dime in profit.

This is leading to the next 1999-like tech bubble explosion, but we could be having a massive growth in technology as the cost to build MVP’s is going down dramatically. Unfortunately, because of the investor need to chase unicorns, tons of great ideas get ignored. There are so many amazing B2B ideas out there that never get built because they are only a $10-50 million business.

It’s only a matter of time before this catches up to us and institutional investors realize so much private equity capital has been wasted. The second the IPO’s dry up, that money is gone.

As humans we seem unable to learn from our mistakes. In this context we’re only 15 years from the last one, so there is literally no excuse. It’s time both investors and entrepreneurs snap back to reality and think about creating companies with a legitimate chance of success, even if it’s on a smaller scale.

I don’t know about you, but I’ve never started a business without a plan to make money from day one. If that wasn’t in play, there was no point in taking the risk.

If I didn’t have a customer acquisition plan ready to go from day one, I didn’t move forward.

If there isn’t a reasonable chance of profit quickly, I didn’t move forward.

So much of this baseline logic seems to be applied to the extreme in some areas and completely ignored in others.

Creating Some Pipe Dreams & Crushing Others

It is completely realistic to build out MVP’s of most startup ideas for less than $100k these days. Don’t believe me? Call just about any development shop and ask them. I’ve owned one and know this is true. The cost is going down by the day.

Demand for B2C apps is going down dramatically while going up in B2B.

So why is it that we are constantly hearing about the latest funding of a startup that needs 100 million users to make money, but ideas that need 3,000 to be worth $50 million can’t raise $500k for scale.

This is leading to so many entrepreneurs completely ignoring a great idea just because it doesn’t have crazy sex appeal to Techcrunch or the Valley. On the flip side, people with proof of concept and initial customer base who just need small investment to grow quickly are quite frankly wasting time trying to raise chump change in comparison.

If great B2B ideas are going unfunded, it might be time to reconsider the system of business loans for startups.

Since brick and mortar business models can get loans from the bank, SBA, and other lending institutions, why is it almost impossible to get these same type of loans for technology companies?

Our economy is primarily based on soft assets not hard, just ask the Federal Reserve and Wall Street.

So why do not all the same principles of business apply? Office space, employees, customers, revenue, taxes, insurance etc.

Let’s look at the idea of collateral. If you put up say $10k personally toward building a working software platform that costs $100k, is that not collateral?

Repossessing the code has value. Putting working software on the market will lead to purchase. Perhaps at a small or big loss, but that applies to lines of credit and many other options available to traditional businesses. It’s ultimately no more risky than the new bakery down the street.

Tech startups often fail because of the people involved, not because it was a bad idea. This is true in any business.

If we just re-framed the argument from “startup” to “tech enabled small business,” showed the true value of the assets being created, and allowed personal responsibility to be applied, not only would burn rates go down, the potential economic growth is amazing.

Let’s face it, when you’re responsible for the money, suddenly every dime being spent matters and efficiency and focus to turn a profit goes up.