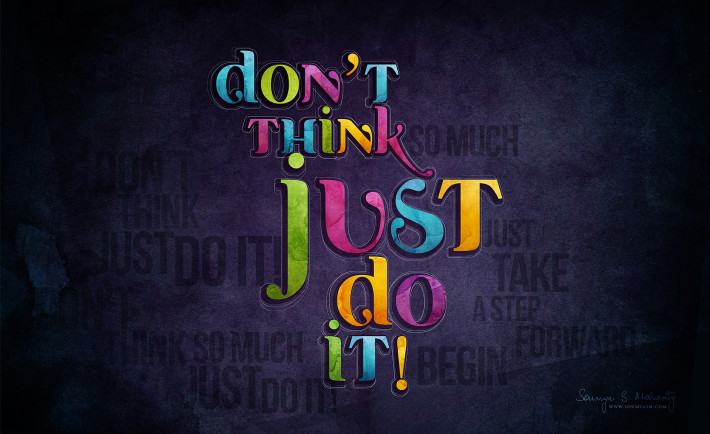 I stood huddled in the bathroom stall, texting furiously. My hands were shaking and my breathing shallow as I tried to screw up my courage to just walk out of the bathroom.

Outside the crowd grew, and I could hear the music kicking in. Everyone was arriving, ready for an exciting night. Me? I was stuck in the bathroom, too afraid to join the party, too proud to leave.

I really wish I could say this is a story about high school, but I would be lying.

This happened almost 2 years ago. I was 30 years old, and petrified of my first “networking event.” (It would be months before I even heard that term.)

In my defense, I had spent my 20s bearing and raising children. I always felt a vague dissatisfaction with my choice to stay home with my kids, but I hadn’t done anything about it. Now, thanks to a family friend, I was arriving at this “networking event” with a half-baked idea and the chance to “meet people.”

Obviously, I was terrified.

My story, like everyone’s, is unique, but in today’s fast paced world, reinvention is common. And jumping into any new venture, environment, or group can be difficult. I often still feel like I’m navigating unfamiliar terrain, but here are a few things I’ve learned since that first horrific night.

And network some more.

I don’t mean the type of networking that has gotten a bad rap. Handing out business cards indiscriminately at every event isn’t the way to build a lasting network.

I mean a strong, deep network of people who know you and believe you’re capable of reaching your goals. It takes time to build a real network, but putting in the effort will be invaluable.

I recently witnessed the power of a deep network when a friend lost his job. The experience could’ve been a huge blow, both personally and financially. But, because he’s put in years of getting to know people and consistently doing good work, he hasn’t missed a paycheck. Dozens of people jumped at the chance to help him.

A strong network will help you flesh out ideas, guide your thinking, and create opportunities you could never imagine, much less create, on your own.

That night in the bathroom stall, I had no network. I knew one person at the event, and him not very well at the time. Now, 2 years later, when I’m feeling stuck on something, I have a long list of people who are willing to help me get unstuck. And, I still seek every opportunity to find and build genuine relationships with new people.

Shut Up and Listen

When you’re new to an industry, you don’t know anything. You might have some assumptions and theories and you may have spent hours researching on the Internet, but trust me, you’re mostly ignorant.

For a period of time, the best strategy is to shut up and listen to every conversation you can. This applies to virtual conversations on social media as well as in-person conversations with experts.

It’s tempting to want to jump into conversations before we’re ready, to prove that we can keep up. More often, though, listening closely to the debates and arguments that pop up will teach you more than you could ever learn from the Internet.

Along those lines, don’t be afraid to ask questions.

That night, I walked into a startup event and heard the terms “VC,” “angel,” and “the cloud,” for the first time. (Do “angels” live on “the cloud,” by chance??) A Google search cleared up some of my confusion, but I finally had to pull my friend aside and get some clarity on a few of the terms.

If you don’t want to look stupid (my problem), find that one person you can trust with your stupidity. The more questions you ask, the quicker you learn. People like to be trusted with questions, and asking them shows your respect and confidence in that person.

And like my friend assured me then, before long you’ll be the one people see as the expert.

Fake It ‘Til You Make It

This is one of my favorite pieces of advice, but I think it’s often misunderstood.

I don’t mean fake knowledge or expertise you don’t have. That’s a good way to lose the trust and confidence of the people around you.

Rather, I mean fake the confidence you don’t have until you have it.

You may know that you don’t know anything about your new field, but the people you’re meeting don’t know that. And even more likely, they don’t care very much. Act like your success is inevitable and before long, it will be.

I finally left the bathroom stall that night, by the way. Many of the people in that room became my first mentors and some of my best friends. Two years later, I’ve met more people and done more things than I ever thought possible while hiding in the bathroom, including selling my first company.

And, I think ultimately, that’s my most important piece of advice for someone looking to forge a new career in their 30s (or any time):

Quit hiding and get started.