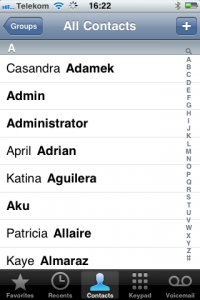 Foursquare- They just take a look at your contacts when you install the app to recommend friends that may be using the outdated check in service.

Twitter- In their new Twitter for iOS 5 that’s baked into the iPhone 4S, it will scan your contacts the first time it installs, but it doesn’t upload anything.

Instagram- They go the route that Path is now, asking for your permission explicitly before taking your contacts, but once you say it’s ok it’s free reign for the hipster loving photo app.

Skype- according to our friends at SAI, and checking into it a bit ourselves, it looks like Skype always has access to your Address book to help you make and receive Skype calls but it doesn’t upload the data anywhere.

So there you have it, feel safer now?