In what has been a normal accordance to governments helping the West, Anonymous believes that the actions taken by the British government to send citizens back to the US  for crimes shouldn’t happen.

In an attempt to show how Britain wrongly sent Gary McKinnon, Christopher Harold Tappin and Richard O’Dwyer back to the USA for crimes. Such as allegedly hacking into U.S. military and NASA computers in 2001 and 2002 and deleting files and copying data done by Gary McKinnon.

To take place at 9p.m. GMT Anonymous even posted the IP address to go after its promo picture for the “event”. 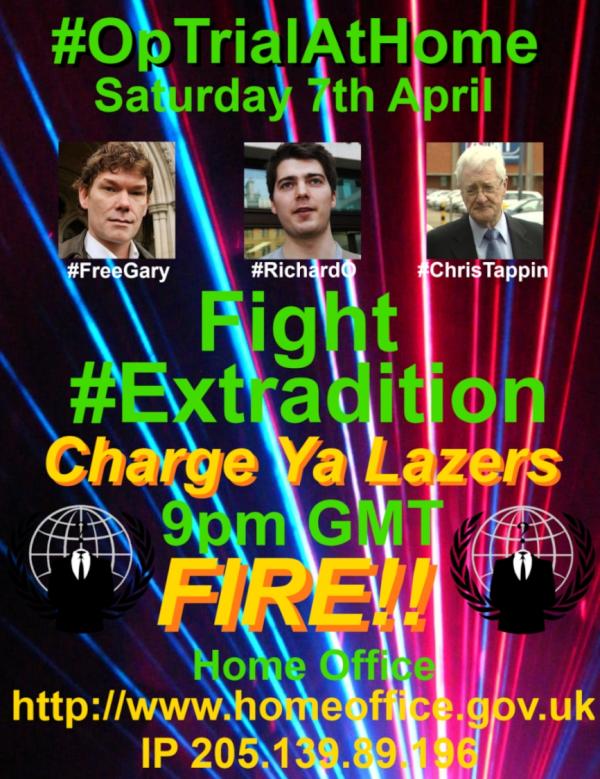