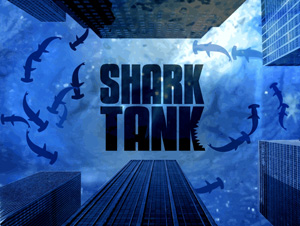 If If you’re a regular reader of Nibletz, the voice of startups everywhere else, then you should also be a loyal viewer of The Shark Tank on ABC. Despite the story I’m writing right now it’s still my favorite television program of all time. If you’re not familiar with The Shark Tank on ABC, it’s a show that pits real startups and entrepreneurs against self made millionaires; Robert Herjavec, Kevin O’Leary, Barbara Corcoran, Daymond John and Mark Cuban.

It must be heart breaking to be like Oregon entrepreneurs Sue Krukopf and Nancy Bush who pitched their startup, mywonderfullife.com, on the season premiere of Season 3 of the Shark Tank. While they had a good enough idea to get past an open casting call and other preliminary judges, when they made it to the tank, all five investors balked and they walked away with nothing. One of the rules of the Shark Tank is that you have to convince at least one of the “sharks” to invest exactly what you’re asking for or more, or you walk away with nothing.

What has to be even more heartbreaking is cases like Keeley Tillotson and Erika Welsh (coincidentally also from Oregon) whose Wild Squirrel Nut Butter startup was featured on this past Friday’s episode of Shark Tank. This Friday Shark Tank actually ranked number one out of all of the programs in it’s time slot, so millions and millions of people watched as Tillotson and Welsh, two quirky college students pitched their business.

In their episode it got down to the wire. Four of the sharks were out and only self made real estate mogul, turned shark, Barbara Corcoran was left. The girls were looking for $50,000 for 10% equity in their company. Corcoran countered with $50,000 for 40% equity of their company.

That’s not where the story ended though. The girls gave Corcoran the obligatory hug, shook hands and walked out of the tank.  After that great ending we published this story showing how two college students turned entrepreneurs had competed on Shark Tank and come away with an investment. However, we learned on Saturday that things weren’t as they seem.

On a blog post published by Tillotson and Welsh on the Wild Squirrel Nut Butter Tumblr page they talked about life after Shark Tank. They had moved their offices, appointed Tillotson’s father Bruce as CEO and never received the investment from Corcoran.

Tillotson and Welsh posted this on their blog:

“After further evaluation, the investment relationship didn’t end up being the best fit, so the deal with Barbara never materialized.”.

They ended up with great exposure and it seems like Corcoran stayed on in some capacity to mentor them however the much needed investment never materialized.

The Wild Squirrel Nut Butter story isn’t the only one where a Shark Tank investment didn’t work out. Jeff Stroope, the founder of Hy-Conn LLC to date has gone down in history as the startup with what everyone thought was the best deal of all time.

Mark Cuban was rather new to the show and when Stroope made his pitch for a fire hose and garden hose accessory that made it much quicker to mount a hose to the faucet, or fire truck, Cuban got into a fierce bidding war with the other sharks.

The end result was a promised investment by Cuban to Stroope of $1.25 million dollars, a 7.5% royalty and a three year employment contract. A deal that almost seemed to good to be true , but heck it had to be because it was on television in front of an audience of millions.

Well that deal also never materialized. Stroope penned several notes on the topic including one on his company’s official Facebook page. Stroope faulted Cuban’s ego during the show for inflating the original deal. When it came down to it Cuban realized he had no experience in manufacturing and didn’t want any. Stroope walked away empty handed.

The exposure from the show was great in theory however Stroope got so many orders that without the up front capital Cuban had promised he wasn’t able to fulfill those orders. Stroope’s episode aired again last month and he was faced with the exact same issue.

Fellow firefighters are rallying behind Stroope and hopefully Stroope will be able to secure some kind of investment to get production on those orders.

Now in the infamous words of Season One Shark and CEO of As Seen On TV, Kevin Harrington, but wait there’s more…

In some cases the shark’s have made contingency deals. The deals say something like, I agree to invest X if we do X as well. There have been a handful of contingency deals in the past three seasons.

The case of Qubits and Mark Burginger is one of those contingency cases.

In season one Burginger pitched his unique geometrically shaped building toy Qubits. Four of the sharks bowed out pretty quickly. Burginger had gone in and sought $90,000 for 51% of his business, so he was selling controlling interest.

At the time of his episode taping he had only sold $8,000 worth of product. That combined with the competitive nature of the toy business had Herjavec, O’Leary, Corcoran and Kevin Harrington out pretty quickly.  Daymond John on the other hand was very impressed with Burginger’s generous offer of 51% of his business.

John made a deal where he would invest $90,000 for 51% of Burginger’s business contingent on the fact that he and Burginger would call the top four toy companies and secure a deal with one of them.

By Burginger’s own account they did in fact call all four major toy companies but were unsuccessful in striking a deal. As a result John backed out of the deal. However, Burginger confirmed in an email to nibletz.com and several tweets on Sunday that he and Daymond John have became friends and John has continued to be a mentor of sorts to Burginger.

“Your blog post about Squirrel Nut is interesting. Excuse me for tweeting you. I have seen it happen many times before and when bloggers go around talking about the millions vested in the small start-ups – it kinda causes me to cringe.”

We actually thought that Burginger had been completely reneged on in the way that both the Wild Squirrel Nut butter team and Hy-Conn had been. You would probably also gather that form Burginger’s email to us.

That doesn’t seem to be the case. We watched season one episode 14 a number of times in the office on Monday just to make sure we saw it the way the producers intended us to see it.

So who is to blame here?

Some in the investment community feel that Shark Tank is risky as heck for those particular reasons. Mark Cuban even admits on his blog that the sharks have no idea what is going to be pitched. They have no access to computers in the studio and all they can do is take notes.

Cuban also admits that the pitch sessions can last anywhere from 20 minutes to an hour.  In a recent Google Hangout with high school students studying business John also said pitches can last even up to an hour and a half.

Although we haven’t seen the contracts yet, we’ve talked to a few contestants who have appeared on Shark Tank and have gathered that the contestant understands that the offer presented on the show is an option for whatever deal the shark makes, contingent on the outcome of the required due diligence.

We of course have to deal with the fact that Shark Tank is a reality tv show and they have to cater to the audience, and the advertisers through ratings. Can we be sympathetic to those startups that have ended up with no deal after America has seen them successfully pitch? Sure we can.