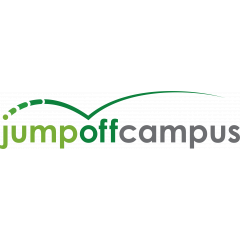 JumpOffCampus is a Massachusetts startup designed to connect college students and landlords with off campus properties. While it’s a useful service for students, it’s just as useful for landlords who are looking to rent rooms, and apartments to students.

The startup was developed after two friends Mark Abramowicz and Kyle Nichols-Schmolze struggled with finding a good place to live off campus while they were attending Tufts University. There was a lack of resources to find good housing. If you’ve been a college student then you are well aware of the problems with signs on the side of the road and posted on bulletin boards. Come August all the places are rented and everyone forgets to take their signs down.

Out of this need Abramowicz and Nichols-Schmolze became co-founders of JumpOffCampus. Their goal is to solve the off campus housing issue faced by every student in the US.

We got a chance to talk with Abramowicz about JumpOffCampus.

Briefly tell us what JumpOffCampus is.

JumpOffCampus is an online resource for university students, facilitating their off-campus housing search. In addition to a map-based apartment search, we also have added functionality like the ability to share progress with friends and family, as well as a roommate finder, marketplace, and the ability to post and search for sublets.

How did you come up with the idea, are their other founders involved?

The idea for JumpOffCampus was born out of a general frustration with the process of finding an apartment while we were sophomores at Tufts University. We couldn’t believe that there was no resource and so we sought to make one, using our own experiences – and those of our friends – as inspiration.

Where did you start JumpOffCampus?

JumpOffCampus officially launched at Tufts University in March of 2011. It was our only school on board but the timing was good, as students were still looking for apartments for the following academic year. We were able to collect a lot of feedback and implement changes, ultimately shaping our product to what it is now. Although the site is constantly undergoing changes and improvements, the basic framework was established in the 6 months following our initial launch.

How many campuses are you on?

Our university outreach started in September of 2011 but as of May 1st, 2012, JumpOffCampus was partnered with 10 schools across the Northeast. We’re in talks with several other institutions across the country, but with the recent addition of our first employee to the team, we anticipate this number to grow even more quickly.

How many users do you have?

JumpOffCampus has over 4000 students registered, with 1200 landlords advertising over 3000 properties.

Does JumpOffCampus campus have anyway to help the renters with their summer inventory?

JumpOffCampus allows students to post sublets. They can post and search across the growing JumpOffCampus network for free. For example, Brown University students have contacted Tufts University students about their sublets because of summer internships in Boston. Such a solution doesn’t currently exist, and so we are striving to create a market where students can easily connect with each other.

Does it cost anything for the student? The landlord? If not, where is your monetization?

The service is free for universities and students. Currently, we make money by charging landlords to advertise their properties on the site but we are developing additional premium features that will increase our number of revenue streams and will make us more profitable.

What’s your growth plan? What’s next?

We’re constantly trying to improve the product as we get feedback from our users. In our near term development pipeline, we primarily have a concentration on the student and landlord interfaces. On the university outreach front, we’ll continue pursuing partnerships.

Are you still bootstrapping or have you had a round of funding?

JumpOffCampus was bootstrapped throughout 2011, but took an investment upon entering in the Betaspring accelerator program in Providence in February of this year. More recently, we have begun to raise a $250,000 seed round, and have $125,000 committed to date.

What’s the startup culture like in Massachusetts? Are you guys out of school now, and if so, are you staying based in MA?

The startup culture in MA is very strong, with a large community based in Cambridge. Increasingly, there is also a community forming in Boston’s Innovation District, based in the Seaport area.

JumpOffCampus is currently based in Providence, RI, however, where there is also a strong, albeit smaller, entrepreneurial community here. We have truly enjoyed being involved in it through the Betaspring program, and look forward to spending another year here.

Both of us are out of school – Kyle graduated from Tufts with a Computer Science Engineering degree in 2011, and Mark graduated with a Quantitative Economics degree in 2010

We hope to be successful, although it’s tough to define success. We’re just concentrating on the next step, which for us is to continue to build a great resource for students and universities. If we continue along the path we’ve laid out for ourselves, we’ll be in good shape.