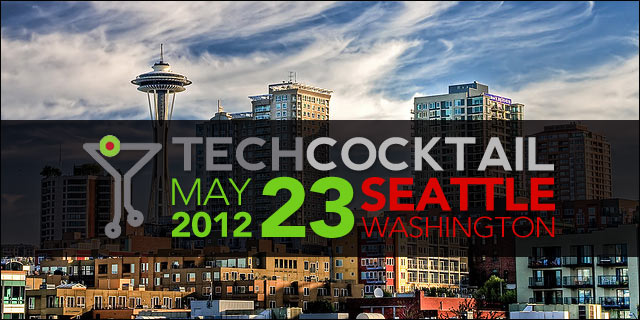 Next Wednesday as a lot of eyes are on Pier 94 in New York City for TechCrunch Disrupt NYC, the west coast attention will turn to Seattle. Seattle’s startup scene will come alive at the Pink Ultra Lounge.

TechCocktail mixers are known for their excellent networking, casual startup pitches and libations. I mean how could you have a media conglomerate known as TechCocktail without libations.

TechCocktail hasn’t posted the startups yet but we’ll be watching out for that, and you can too just visit this page at TechCocktail.

There’s about two days left in the general ticket sales for $15.00 but then they only go up $5.00. Tech Cocktail is also having an event in Washington DC the next day, so if you’re on the east coast you can head over here for more info on the DC event which will feature Startup America CEO Scott Case and startup evangelist, Georgetown Professor and author, Rohit Bhargava.

TechCocktails recent Baltimore event was a huge success they had 13 startups competing in their startup throw down.

If you’re ready to strut your stuff at TechCocktails Seattle mixer head over here and get registered. If you’re in the other Washington (DC that is) head over here.