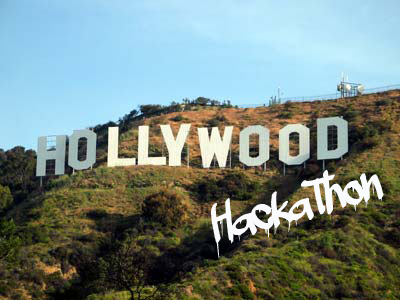 This weekend, while Kyle will be on the East Coast at another Startup event. I’ll be at a Hackathon on the West Coast covering the Hollywood Hackathon. The event, which has moved to io/LA’s venue near the famed Hollywood and Highland intersection in the middle of Hollywood. Will be filled with those trying to make it into the entertainment field by way of Tech.

We are really really excited about this one. It’s come together better than planned.

Echos Ryan Chisholm, Manager at Bill Silva Entertainment which is putting this event on. Sponsors wise, this event has a long list of major companies throwing their hands in to help. With the likes of Red Bull and Chipotle, and Zico among others providing much needed fuel for the Hackers. Companies such as Rovi, ToxBox, Mashery, Rdio, Spotify(Which is actually being played while writing this article.), Tumblr, SendGrid, Songkick and Twilio are not only providing their API’s for use, but possible prizes as well.

Rovi
We’re all about big data around media (music, movies, and TV listings). Big fan of Alysa Milano? Using our data, you can find out every movie she’s been in, every song she’s r ecorded (yeah, she recorded some), every TV show she’s been in, AND the next time a TV show she’s in is airing in your area. That’s powerful stuff.

We’ll be giving out an Advanced Molecular Gastronmy Kit (hack food!) for the best use of our API.

TokBox
We make it easy to add flexible, multi-way video chat to your application. Build video chat into your app in less than 15 minutes.

Mashery
Log-in to our open data commons of dozens of RESTful APIs, including Rdio, Netflix, Rovi, Rotten Tomatoes, Klout, and more. Build better apps with the Mashery API Network. Interactive API documentation and developer tools get you up and running fast.

Spotify
Spotify is more than just a way to listen to music for free, it’s a platform. Using just HTML5 and Javascript, you can create an add-on for the Spotify player. If you want to get hardcore, we also have an embeddable C package you can use to re-create the Spotify streaming music experience on Windows, Mac, Linux, and iOS.

Tumblr
Tumblr is a blogging platform that encourages you to follow the worlds creators. Our API helps developers create new and interesting ways to push content into Tumblr as well as pull great content out of our ever growing network.

Spire.io
spire.io provides real-time Messaging and Identity as the first two services in a set of  hosted, secure, and scalable APIs built for mobile and web application development. We take on the burden of developing and maintaining backend infr astructure, allowing you to focus on building your application’s core features.

SendGrid
At some point your app is going to need to send e-mails. We make it easy for you to do it at scale from day one using our APIs. Some of our happy customers include Foursquare, Spotify, and EMI. Send and parse e-mails without the hassle of managing SMTP servers.

SongKick
The Songk ick api gives you easy access to the biggest live music database in the world: over 2.8 million upcoming and past concerts and over 100,000 setlists… and growing every day! Easily add concerts to your website or application.

The event, which starts tomorrow at 0900 runs until Sunday at 2100 will feature teams that have either formed through the GitHub set up to find more team members, othose looking to join a team already together. Or those who have already formed.

We also sat down to talk to Ryan before the event on his feelings on how everything was going, and how he feels about his latest event.

Planning an event like Hollywood Hack Day takes a lot time, energy and patience. The hard part is finding the right space. Our first year, Ashton Kutcher’s company Katalyst hosted HHD at their beautiful space in Hollywood. This year we knew we had outgrown the capacity that Katalyst could hold comfortably, so we started speaking to other potential partners. io/LA, an amazing new co-working/accelerator program welcomed our event with open arms, which was incredible for us because their space offers everything we could hope for!

Once you have the space, you can start speaking to potential sponsors. We’ve been fortunate to have a lot of amazing and passionate supporters sponsor the event. We’re all in it for the same reason, to continue building up the SoCal tech scene and our event seeks to bridge the gap between Hollywood and tech.

With the venue locked and sponsors on board, the major obstacle is get the word out to every developer/designer in the area letting them know the event is taking place and that we welcome them to come out for fun weekend of hacking and creating cool stuff!  Rahim Sonawalla, co-founder of HHD is our fearless leader in developer/designs evangelism. He’s hosted numerous events in the LA area and has really strong relationships with developers/designers in the area, along with all the co-woring/accelerator programs.

Then, all our focus moves to putting on the best event possible and making sure everyone is comfortable throughout weekend and well fed! Ensure that people are receiving good food is important to us! Chipotle’s been gracious enough to sponsor meals at both of the Hack Day’s we’ve done in LA and continue to be a huge supporter of the event.  People seemed to be really stoked for Chipotle last year, so hopefully they are well received this year too.

There are many walk thru’s and check lists created the months leading up to the event. We try to think of everything possible, but also know that things are going to pop up and between the three of us, we can be nibble enough to react and keep everything on course. While the hackers are hacking, we are usually making constant runs to the trash bins to keep the space clean and livable.

We’ve introduced a new feature to Hollywood Hack Day this year and that’s the “design bar” (our version of Apple’s Genius Bar). We’ve tapped the shoulder of The Uprising Creative, who are amazing web designer, video producers, band merchandise consultants, along with incredible art directors.  They will be on site for different blocks of time throughout the weekend, lending support and design assistance when called upon by hackers looking for a little extra support or feedback. They will also be working with the hackers to perfect “the art of the pitch” for their 5min presentation on Sunday night, so that they are able to showcase their app the best way possible for the judges and spectators present Sunday evening.

We’re really excited about the number of developer and designers signed up for this year’s hack day. It feels like we’ll have 60-70 hackers, which exceeded our expectations.  There is definitely something special happening in LA in regards to the tech scene and we’re privileged to be apart of the movement and the bridge between tech/music/art.

Besides an on going article this weekend we’ll also try and get a Live Hangout going through Google+ with interviews with the teams as they are trying to find ways to build what normally takes weeks, even months into one 24 hour time period.