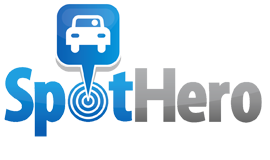 It’s not often that parking tickets lead to a “good thing”, especially not $3,000 worth. That’s however, not the case for Chicago entrepreneur Jeremy Smith and his cohorts Mark Lawrence and Larry Kiss. Together the three of them have created Chicago startup SpotHero.

At first sight the startup seems very similar to Baltimore startup ParkingPanda, however SpotHero boasts 24 hour customer support and touts that they are superserving Chicago first and building a loyal customer base before eventually branching out. Chicago seems to love SpotHero as well. Since their launch in 2011 the company reports that more than 10,000 people have used their iPhone app and website platform to find parking spots.

SpotHero’s iPhone app allows drivers to reserve parking spots on the go, something that ParkingPanda is just now having developed through MindGrub. ParkingPanda is a web based platform that allows people to book parking spots from either individuals like driveways and curbside spaces, or public lots that have extra spots to rent. Both services allow the user to pick how long and when they want to start the parking spot rental.

The city of Chicago’s government loves SpotHero too. Despite the fact that SpotHero cuts into the Chicago’s own parking revenue from both meters and ticketing, SpotHero recently walked away with a $5,000 prize in the first round of Chicago’s Apps for Metro contest.  The Apps for Metro contest was announced in June by Chicago Mayor Rahm Emanuel. The contest is very similar to open data initiatives we’ve heard about in other municipalities, like Madison Wisconsin.

Winning that contest “gives us validation that this is a service that really would be important to the city of Chicago,” Smith told the Chicago Tribune, “There’s a problem with parking, and people want creative solutions. The time is (right) to support new programs.”

While Chicago residents may know the ins and outs of parking in the city, folks from the suburbs that frequent the city many not be as fortunate. Such was the case for Smith; “Growing up in the suburbs, one of the most frustrating parts of coming to the city was parking. For drivers in Chicago, it’s always a hassle finding a spot. SpotHero solves the problem by making parking easy and transparent,” said Smith,  “With SpotHero, I don’t have to worry about where I’m going to park because they always have options ready.”

The SpotHero team plans to continue to use open data initiatives from the city of Chicago to continue adding features to the app. One of the features they plan to role out soon would take data from road closure and construction information and add a layer to SpotHero so travelers would know if spots aren’t open or that re-routing may be more trouble than it’s worth.

Smith has confirmed the company plans to roll out more cities in the future. ParkingPanda is available in Baltimore and Washington DC and hopes to add Philadelphia and San Francisco as soon as they’ve built enough relationships with those who hold the key to both apps success, people with parking spots that need to be filled.

For more on SpotHero check them out on the web here