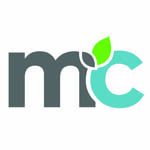 MassChallenge, the largest accelerator program in the world, celebrated their awards dinner for their most recent session in Boston Tuesday night. The dignitaries, entrepreneurs, celebrities and investors that filled the Boston Convention and Exhibit Center were there to see the best of the best of startup innovation coming out of the program that’s gone on to produce hundreds of millions in follow on funding and exits.

The 18 startups that received cash awards were narrowed down from a field of over 1200 applicants and then a pool of 26 finalists.

The four startups that won the diamond award of $100,000 each were:

Ten startups were selected to stay on with free office space until next years class arrives in May.

In addition to those prizes directly from MassChallenge and it’s supporters, there were several community awards given out as well. Lovin Spoonfuls and NBA Math Hoops were the recipients of the $30,000 John W. Henry foundation prize for social impact.

Rainbank and Bounce Imaging were recipients of a $15,000 prize from VenCorps for the greatest potential to positively impact New York City.

125 of the startups selected from the original 1237 applicants were part of the four month accelerator program. A round of judging narrowed those 125 startups down to the 26 that were competing Tuesday evening.