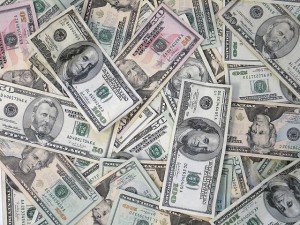 Fred Wilson, the Principal at Union Square Ventures, weighed in on the Dow Jones report in a blog post on Sunday.  Most notable to Wilson was that VC funding of consumer web and mobile companies was down 42% for the first 9 months of 2012, when compared to the same 9 month period in 2011.  He’s careful to note that the decrease has come in follow on funding and not seed funding.

Wilson highlights three trends in consumer based web and mobile companies that are worthy to note. The most important being that mobile first startups need to spend more to simultaneously bring products out across iOS, Android and the web. It also seems that some startups are having a hard time building scale after their mobile products are built.

The Dow Jones VC report said that IT still received the most venture funding with $3 billion dollars spent in the quarter which is still a decrease of 10%.

In overall venture funding the US was the strongest region even with a 17% drop in investment. Israel saw an increase of 43% with $263M invested in Q3. 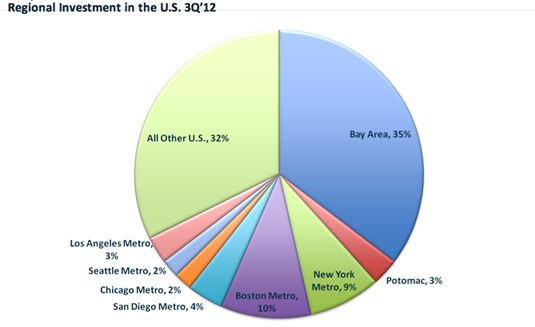 As for the United States, Silicon Valley still commanded 35% of the venture pie, while startups “everywhere else” drew 65% of the venture capital.  Dow Jones highlighted the Los Angeles metro (3%), Seattle metro (2%), Chicago metro (4%), Boston metro (10%), New York metro (9%), and Potomac with (3%). All the other US cities that weren’t broken down accounted for 32% of funding.

Get a free tour of Dow Jones’ Venture Source here

and here’s the biggest startup conference on the planet