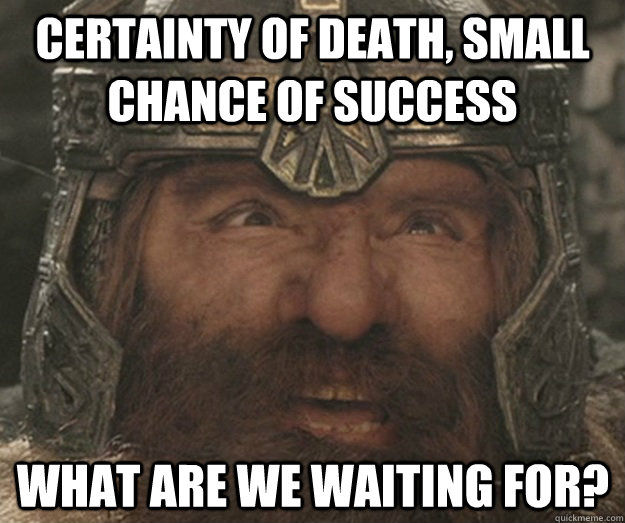 There’s been a lot of press lately about the lack of true, groundbreaking innovation in Silicon Valley. I don’t think that’s completely true, but reading about it made me think a bit about the nature of innovation and whether the current system is built to foster it.

I live in this little city called Memphis and we have a small but growing tech community and a great little startup accelerator called Seed Hatchery that is currently taking applications for its third class.

Now the thing about Seed Hatchery is that it doesn’t get near the number of applicants as a Y Combinator or a TechStars or even some of the less well-known accelerators. They’re okay with that and they’re okay with plugging along and making improvements year after year and meeting goals and milestones that are at a somewhat smaller scale. And there are a lot of accelerators just like Seed Hatchery, all over the world.

There have been arguments made that these accelerators will die out. That may be true for some. But I happen to think that before they do they will have trained and produced more innovative entrepreneurs than some of their larger counterparts. Why? Because, generally, the enrollees in these programs have a high appetite for risk to begin with, and because they won’t have that appetite beaten out of them by the time they finish.

True innovation typically happens at the knife’s edge between failure and success. It doesn’t come from the safer and satisfied middle. That’s good news for tiny accelerators, and may be bad news for some of the more successful ones.

A program that gives me a ton of money, a good to great chance of raising more, and an almost 100% chance of landing softly even if I fail tends to convince even big risk takers to play things a bit more safe. It seems like the opposite should be true, right? I have all these benefits with virtually zero chance of absolute failure, so why shouldn’t I give it a go? But, as we see time and time again, that kind of thinking just doesn’t happen very often.

For these programs, getting in is the big challenge, and once you’ve achieved that you’re granted superstar status. Your success rate jumps to 70% or more. And if the success rate is 70% or more, then beating everyone else isn’t as important as not being in the bottom 30%. So, often enough at least, you don’t build something that has a 10% chance of glorious success. You play it safe. You try not to f$%k it up.

For other programs, by contrast, getting in is potentially easier, but success after graduation is much much harder. A lot of smaller accelerators have one or two companies out of ten successfully raise follow-on funding. When the success rate is that low, the companies tend to take bigger chances in the hopes of finding themselves among those one or two success stories. Except in extraordinary cases, it doesn’t matter what kind of human being you are. The company you build will be different based on whether you’re motivated to succeed above all others or motivated to not screw things up.

Now, before you jump all over me, I will say that there are things that continue to make Y Combinator and TechStars amazing programs, and you would be a fool not to join them if invited. The mentor networks, and the advice participants receive from those mentors, are probably by themselves worth the price of admission. But, imagine for a moment the kinds of companies that might be produced by a Y Combinator should, say, only five to ten of the 80 companies receive follow-on funding. Might that look different? My bet is yes, and that they would be much more groundbreaking.

I’m also betting that the smaller accelerators—so long as they don’t measure success by Y Combinator standards—can produce these kinds of companies. There will be more failures, sure, but that’s okay by me. The near certainty of failure is one the most compelling features.

Here’s another take on accelerators “everywhere else” from nibletz.com