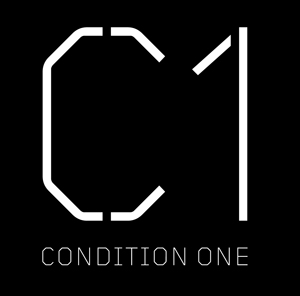 Condition One is a New York Techstars graduate that closed a $2.35 million dollar round back in October, led by Mark Cuban.

Academy award nominated photographer and videographer [Danfung Dennis]has seen his work in Newsweek and the New York Times. He’s been hailed for shooting some of the best war footage ever seen. That’s in part because Dennis has found a new way to capture more of what we see in video.

Humans actually see a wide range of things in their peripheral vision and then adjust based on what’s interesting in their range of vision. Video isn’t that way. Video can actually see what’s shot straight on, but then, because of the way us humans see, it doesn’t feel as natural.

Dennis has created Condition One to capture and share things that typical video misses and includes a 180 field of vision.  Condition One is software that takes that warped 180 degree footage shot with a fisheye lens and then translates it back into a clear flat image that we see. It’s somewhat like the Lytro that lets you shoot out of focus photos now and focuses them in later.

Even with Shark Tank, people know that Mark Cuban isn’t typically an investor at seed stages of the game. However, in addition to the Maverick’s Cuban’s other large business is HDTV which was just rebranded as AXS TV. This is where Condition One makes a lot of sense. Cuban’s AXS TV is known for it’s live concerts and events. Condition One’s technology is perfect for capturing events and putting them into a better viewing perspective.

Nibletz co-founder Nick Tippmann got to interview Condition One at Eureka Park as part of CES 2013 last month in Las Vegas.

Startups from New York and around the country are exhibiting at the largest startup conference in the US, everywhereelse.co The Startup Conference