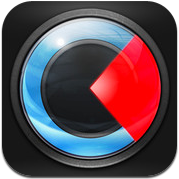 If you find yourself toggling between apps like the official NHL app, the official NBA app and ESPN just to find out when your favorite teams are playing, than a startup out of Finland may have the answer for you. Calmighty, says they are the “Twitter of Calendars” for sports fans.

This may not be the biggest of first world problems to solve, but their UI is both pleasing to the eye and a breeze to navigate. At the moment the NFL and MLB are not part of the app, which may be a downer for some sports fans but if you like soccer, NBA, UFC, or NHL you’re in luck.

Finland has had some luck with mobile startups in recent years. Rovio is probably their most well known mobile developer, with their Angry Birds franchise.

We got a chance to interview Calmighty co-founder Tomi Kaukinen. Check out the interview below.

Calmighty is the Twitter of Calendars. With one tap, Calmighty brings your favourite teams games to your smartphone calendar. Calmighty also has a unique design protected interface which shows your day view as an analog clock making it a lot easier and more intuitive to see what is going on today. If you use a calendar and like sports, Calmighty is your number one.

“Grandma, you like the New York Knicks. Do you know when they play? If not, open the Calmighty app, and choose NBA and the New York Knicks all their games will be inserted into Calmighty in an intuitive way so that you can easily see when they play, with logos and everything. Calmighty also automatically syncs with your native mobile calendar. You will never double book that cooking session with your friends with a Knicks game.” Also, we have stripped all unnecessary features and made it look super nice to that it is fun to use.

The founders are Tomi Kaukinen, Aleksi Laakkonen and Oskar Björkman.

Tomi Kaukinen is an M.Sc in Financial Economics from Stockholm School of Economics and for the last 6 years he managed JPMorgan’s Finnish Real Estate Portfolio valued at 130 MEUR GAV. He has participated in fundraising 176 MEUR to a private equity real estate fund. He has completed two value-add turnarounds, created a business park concept (Think468), leased 70 000 sqm, managed Capex project of 10 MEUR and lead a team of 15 people in the last 6 years.

Aleksi Laakkonen studied graphic design in Helsinki School of Advertising and marketing communications in Helsinki School of Marketing. He has designed, organised and rebranded companies and products including Finnish Defence Forces and P&G global super brands. He has hundreds of completed marketing and design projects during 18+ years of work in advertising, marketing, design and mobile companies. He also has started and sold several companies.

We are based in Helsinki, Finland.

The Finnish start up culture is very good and the government has a good support and financing system in place. Finland has always been a good place to have a start-up and with the current success stories of Rovio and Supercell the Finnish start-up scene is very hot indeed! People are helping each other and meetings are fairly easy to set up.

New programmes and funding keep evolving all the time so it is a very exciting place to be working from.

How did you come up with the idea for Calmighty?

Tomi was working as asset manager for JPMorgan at that time when a narcoleptic 18-year old summer intern named Oskar Björkman started babbling about all sorts of crazy ideas, metaphysics and mathematics. Tomi had long discussion with him on various topics and when the summer intern left in the summer of 2011 Tomi asked him to call him if he came across any good ideas.

Two weeks later the young intern called Tomi and said he had an idea for a calendar. “Why don’t calendars day view look like an analogue clock? It’s much more intuitive”. Tomi started thinking about this idea but he was a stranger to the app business having worked with real estate investments and fund management all his life. He presented the idea to his marketing firm, where Aleksi Laakkonen was in charge of his real estate marketing, and Aleksi immediately got hooked on the idea. One week later, Tomi received an SMS from Aleksi stating that he resigned and wanted to start doing this project.

Shortly thereafter Tomi walked into the office and resigned from his highly paid job as an asset manager to do apps. GTFO Ventures was born. We named it GTFO Ventures because it symbolised our exit from the current jobs. You need to Get The F*ck Out. We thought that since we had a revolutionary way of showing the calendar, that we should name it Calmighty. The Almighty Calendar. Calmighty was born.

As an addition to the visual application we always hated when we double booked meetings with good games that we should also include sports into the app. So we did.

What problem does Calmighty solve?

Calmighty solves the problem of getting good sports events to your mobile calendar. With one tap, you get basically any teams all games to your calendar. Since it syncs with your native calendar, you will never double book again. It is also an attempt to make calendars a bit more “designy”.

The difference with us is that we are not coders. We are marketing and business people. Everything we do not master, we outsource. We have a fantastic danish designer who made the app design finish. We have great coders in the UK who have coded the app. Its a little bit more expensive but this means we can focus on whats important with the app business, monetization and the business.

With Aleksis design and marketing skills we can be efficient in getting the web presence and site look very professional but also knowing the targeting. With Tomi’s extensive business skills fundraising has been successful. We purely focus on the business part and let people who know code do the coding. Under our supervision of course.

From the inception of the company we decided that branding is the only thing that will separate us from competitors. It’s only a matter of time when we have a competitor and thus we should act as if we already have it. We have tried to attract “cool” names to our brand such as Anton Kuivanen (UFC-Fighter) who has the Calmighty logo on his shirt and backdrop when fighting in the UFC. We try to build a good local presence in social media by saying exactly what we think. It has brought us a nice following on Twitter and Facebook.

We have been funded by TEKES (the Finnish Funding agency for technology and innovation), Finnvera (another Finnish funding agency) and 3 angel investors. And we put in some own money too. We have currently reached a phase where the app itself is getting finalised and we need to secure more funds to go international.

We have released the app globally for both iPhone and Android. We are still focusing on Finland as a test market to enhance the product even more based on user feedback. You can’t get it right the first time :)

Our next milestone is to introduce Calmighty to the big masses globally and hope to set a new calendar standard. Everything else surely must be a failure. We think Calmighty is the easiest and most visual smartphone calendar ever made.

We have proven that a business is a business regardless of what it is. We came into the app business with nothing except business knowledge and managed to create a good product, fundraise and get exclusive deals within months. Nothing is impossible if you set out to do it. We can’t emphasise this too much, but as other businesses, its a peoples business. Act professional, be nice and work very very hard and good things will follow.

Even if we would fail now this has been the best ride of our lives. Everyone should try the start-up life. Its horrible but fantastic.

I don’t think we have any role models, but once you have learned the business of apps and software you understand that what Steve Jobs created surely is amazing. We like the Apple approach of visuality and the “less is more”. Gordon Gekko might be the business role model.

We are looking to finalise the app in the Finnish market and then set out for a global domination tour in the autumn. Before that we need to secure additional funding in case we don’t want to go back to corporate bitchin’. And we don’t. This is a fantastic life. So anyone interested in hearing more should definitely contact us.

You can check out Calmighty for yourself here

Check out more startup interviews from everywhere else, click here