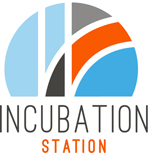 The ATX Startup Crawl at SXSW 2013 brought us to the offices of Incubation Station, a consumer packaged goods accelerator program.

The program, founded by Shari Wynne, just announced it’s selections for their second cohort which runs from March 19th to June 11th. The session will close with a Showcase day that will attract hundreds.

Austin is on fire about this new CPG program. At their recent event to announced this year’s cohort it was standing room only. In a city known for it’s budding tech startup community, Incubation Station doesn’t do tech they focus on helping to build consumer packaged goods, and the program is working. Wynne told us in an interview that 5 out of 5 teams in the last cohort received the funding they needed to accelerate to the next level.

Wynne is no stranger to startups of the tech variety though. This firecracker woman who functions like a 25 year old caffeine filled founder, practiced law at two of the biggest firms in Washington DC. After that, she hung her shingle out and worked with the phone on the floor, to help bring legal services to entrepreneurs and startups. Her law firm, MWR, has the big firm experience with the boutique firm feel, and entrepreneurs love the attention she and her lawyers can give them.

As for the Incubation Station, check out the video interview with Wynne below and for more info visit theincubationstation.com