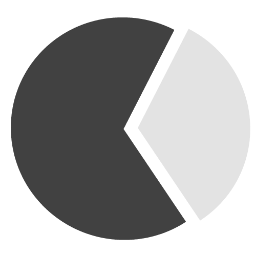 Madison Wisconsin startup PieCharter is the latest startup tackling the issue of getting entrepreneurs connected to the resources that they need in order to bring an idea from the idea stage to a startup.

PieCharter “…connects budding entrepreneurs with freelance designers in order to create startups.  It eliminates the single biggest barrier any entrepreneur faces when starting a new business, money.  The site allows entrepreneurs with an idea to post and create a new project then hire contractors to do work that they themselves cannot do by offering the contractors equity in the new project.” John Scheflow, co-founder of PieCharter told nibletz.com in an interview.

Early stage startups often resort to giving up equity to designers, developers and other personnel that come on board in the earliest stages because they can’t afford to pay them. This process gets really sloppy by the time it comes to actually do a cap table and issue stock certificates. Time and time again, founders, or employees who think they are founders, have some kind of misunderstanding when distributing equity.

Scheflow said “…PieCharter creates a platform to hold people accountable for their promises of equity, and also allows freelancers the opportunity to take on projects to build a portfolio and work with companies they believe in.” Thus eliminating the equity free for all that sometimes happens when splitting up the pie.

Scheflow along with his co-founder Richard Magness are law students at the University of Wisconsin Law School. Magness hails from Eureka Springs Arkansas, however before law school in Wisconsin he spent 7 years in Japan working as a free lance web designer. He co-founded flutterscape.com and is also the art director at Diveboard.com. Scheflow majored in journalism at the University of Miami before moving to sunny Wisconsin and is originally from Elgin IL.

While there are plenty of startups out there that are trying to solve the work for equity issue, PieCharter has a few elements that make up their secret sauce. First off, with PieCharter he equity “pie” is visualized and easier to understand. Also both Schefulow and Magness agree that their legal experience and education fits into their secret sauce as well.

“We were aware of some of the legal issues like securities law that our website raises, which has helped us plan around these issues from the beginning.  Other than that it’s caffeine and the feeling that working on the site is better than doing any of the other work we have to do.” Scheflow added.

To date the duo has been accepted into the University of Wisconsin Law and Entrepreneurship Clinic. They’ve also built out two prototypes. Their next milestone is an alpha launch and eventually fundraising.

While they don’t have formal mentors both Magness and Scheflow are getting a lot of experience and help in school. They also look up to the Beastie Boys.

PieCharter hopes to move to a closed beta soon. You can find out more at piecharter.com and by following them on Twitter @piecharter.